Answering questions related to the One UI Beta! 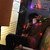 Recently there's been a lot of hype about the new Android 10 One UI Beta.

As a One UI 2.0 beta user myself, I will be answering some common questions related to the beta!

The One UI beta lineup currently begins from the S series. As the Note has a lot more features including the S pen, it takes more time to make the features compatible with Android 10.

The beta program is based on flagship models (S Series, Note Series). For this reason it is most likely that mid-range models (A Series) and lower (M Series, J Series) will not be able to join the beta.

Models such as the S8/Note 8 or lower will not be able to join the One UI 2.0 beta. As Google recommends a maximum of 2 major Android updates, models such as the S8(which has gotten the Android 8 and 9 update) cannot get the release version of One UI 2.0 aswell. However you will still receive security updates.

(5) Why does the beta come out so slowly?

The Android version google releases every year has a lot of bugs. Samsung and other manufacturers have to find these bugs and fix them as well as add more features. Finding these bugs is not an easy task and takes a lot of time to fix. In addition, Samsung has to make their version compatible with their devices, meaning it will take more time. Although the beta starts a lot later than other companies, Samsung's One UI gives you more than what you need, and the developers are working hard at task to give you a wonderful experience.

When the beta starts for your device, you will receive a notification in the Members App. When you click on the notification it will bring you to a beta sign-up page. Click on the banner to sign up and download the software update from your phone's setting page.

(7) Should I backup my device before I download the beta?

Thanks everyone in the community for reading. If you have more questions, feel free to ask them in the comments below. I'll gladly answer them for you. I'd like to thank 뒤치다꺼리, Note9g, galaxy3813 for helping me a lot on my last post! ^^

::If there are mistakes in this post, please tell me in the comments. I'll edit them as soon as possible::