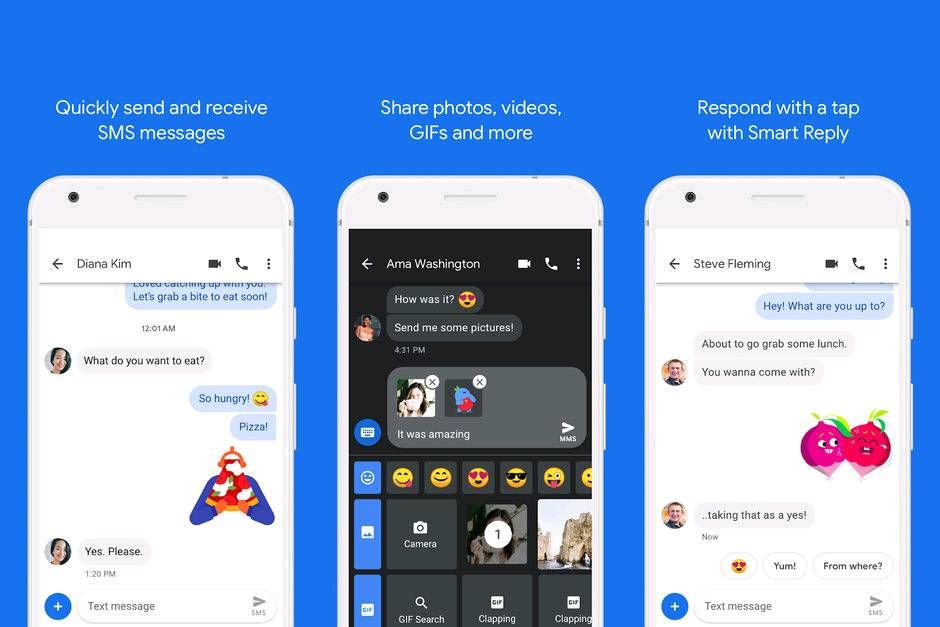 A Reddit poster who claims to be a Samsung engineer says that the company is thinking about making Android Messages the default messaging app on its phones replacing Samsung's own messaging app. The Redditor says that this is being done to "to reduce headaches down the road for US devices." The headache involves creating a universal version of the Rich Communication Services (RCS) messaging platform called RCS Chat in the country. Recently, Google was able to bypass carriers in the U.K. and France in order to complete the rollout of RCS in those two countries. And while the search giant says that it will soon announce more markets where the SMS replacement will be disseminated, it isn't clear whether the U.S. will be one of them.
The U.S. has some complications including the fact that some carriers have their own RCS systems. This makes it a complicated task to build a universal platform in the states, according to the person claiming to be a Samsung engineer. With RCS, users will have a much larger character cap than the 160 now available with SMS apps. There also is support for group messages, "read-receipts" that let you know when the recipient has looked at the message you sent, and an alert that tells you when that person is writing a reply. While Google would like RCS to compete against Apple's Messages app and its encrypted iMessages platform, RCS won't totally encrypt messages.
It seems that Google's best bet to implement universal RCS in the states is to skirt around the carriers. Whether or not Google is considering this end-around is not clear. For those Android users in the states using their carrier's messaging app or the one that is pre-loaded by their phone's manufacturer, universal RCS would be a big step forward.
Sources: https://www.phonearena.com/news/Samsung-will-reportedly-make-Android-Messages-its-default-app_id1178...
3 Likes
Share
Comment

not gonna hold my breath.