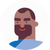 My newly acquired Galaxy S6 has suddenly started giving me a DiagMonAgent has stopped message. Doesn't matter how I dismiss the message.. Shut down DiagMonAgent or just tap the screen to make it disappear... the message comes back anyway again and again.

I've had the phone (acquired from my sister in law in excellent condition used but totally wiped/reset) about four months ago but the message just started last week. I haven't installed any apps in over a month. It is originally a Rogers phone and I'm still on the Rogers network.

I have tested it in safe mode and I've wiped the cache partition as suggested elsewhere.. .. makes no difference.. the message appears almost immediately after waking the phone to check messages or make a call/text. The functions of the phone do not seem to be affected but the annoying error message just keeps returning again and again.

Any ideas would be appreciated

Shaggyskunk1
Expert Level 5
It's a Samsung system app - Diagnostic Monitoring Agent = DiagMonAgent
You don't need to worry about it & you can either disable it with adb commands or (simpler) get Package Disabler Pro from the Play Store (costs a couple of bucks) - Or you could always Root the device & uninstall it... Your call 🤙🐧
1 Like
Share
Reply
Reply
Loading...
Highlighted

I will try Package Disabler Pro. Thanks for the reply.

Thanks.. that's the one I installed and it worked perfectly. Best 4 dollars I've spent this year Smiling_Face