My thoughts on the S10

Yoshisaur9
Active Level 10
Wow these phones look great! (Especially that foldable phone!) The S10+ looks a bit weird though, with the dual camera hole... I'm more of a fan of smaller phones though so it's okay. Anyone else thinking of just getting the Galaxy S10e? The Galaxy S10e is what the S9 should have been, it has dual cameras, a bigger battery, and more ram... All features the S9 was lacking. The regular S10 looks awesome too though, it having a FP scanner under the display has been a dream of mine ever since Samsung unveiled the S8 and now it's finally a reality! It's a shame though that the S10 isn't 5.8 inches like its cheaper brother. Another thing that's awesome, WE GET BLUE IN CANADA YESSSSSS!!!!!!!!! That alone might make the phone worth buying for me lol. But those prices sheesh! Why are they so expensive??? Even the S10e is more expensive than the regular S9 was at launch... Oh well, they're still cheaper than Apple's 2018 lineup of phones. One thing I would like to note, to those who have an S7 like me, the S10e is almost the exact same size, but obviously with a bigger screen! It's awesome:

So what are your thoughts on Samsung's new lineup of phones? And which one will you be buying? 😄
3 Likes
Share
Comment

theonecid
Active Level 10
I found the foldable one looked terrible! A crappy 4.6" low resolution display on the front and opens up to that huge side notch. Just looked like an overpriced proof of concept to be honest. The S10 and S10+ look damn nice
0 Likes
Share
Reply
Reply
Loading...
Highlighted

Yoshisaur9
Active Level 10
I mean, it is a first generation product. In a few years foldable phones will become the norm and will be priced the same as any other phone today. This is the first step in a new mobile era 😛
0 Likes
Share
Reply
Reply
Loading...
Highlighted

eldarkhaired
Active Level 2
The S10+ Ceramic White looks awesome!
After Apple debacle pricing their phones, I thought that Samsung will be smarter. But that chance of skyrocketing S10 family was blown away. I'm sure that people will stuck more with their current phones. Huge mistake by Samsung.
Another curious thing is and I don't understand why Samsung Canada, for years, is not doing an honest conversion and it sells with $60 - $90 more than our neighbor from South, doesn't matter which phones it is.
C'mon, because we like phones it doesn't mean that we are stupids!
0 Likes
Share
Reply
Reply
Loading...
Highlighted 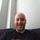 robpbliss
Beginner Level 3
im also thinking the s10e but i like the size and quad hd of the s10 and im moving from an s7 too so used to the flat screen
0 Likes
Share
Reply
Reply
Loading...
Related Content