Samsung Good Lock 2020 update arrives with support for Android 10 and One UI 2.0 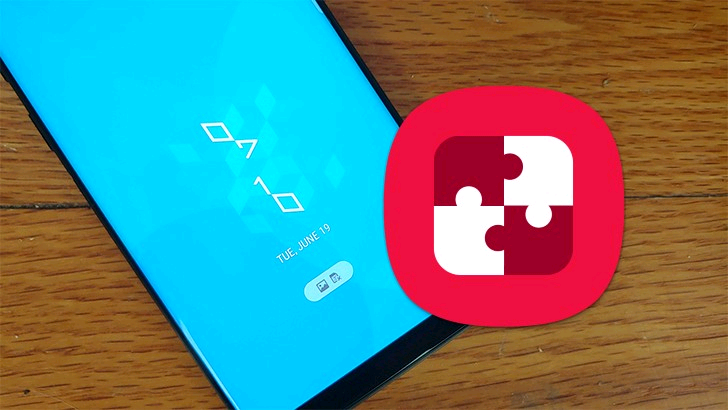 Good Lock is an ever-popular way of customizing your Samsung smartphone and, as promised, it received a major update today that brings support for Android 10 and One UI 2.0. Until now, users who upgraded to the latest OS version haven't been able to make use of Good Lock, which apparently needed to be completely reworked.

If your phone originally ran Android 9 Pie, you may need to delete and reinstall every module for them to work properly — some of the updated versions failed to open my Galaxy S10+ until I did so. A restart may also be necessary, and even then a couple of the modules still wouldn't initialize immediately, asking that I try again after a few minutes. LockStar hasn't yet been updated and isn't functional, sadly.

Once you've updated the main Good Lock app (download from APK Mirror), don't expect a sweeping UI changes. You still see a new splash screen, though, and the app now supports dark mode based on the system-wide setting. Modules such as EdgeTouch (APK Mirror) and EdgeLighting+ (APK Mirror) only get minor updates with this release. Routines is now part of Bixby on more recent Samsung phones, but some can still make use of the Good Lock version if need be (APK Mirror). Nice Catch (APK Mirror) adds only a setting change history, useful though that is, but some of the other modules are getting more meaningful updates.

Task Changer has a new vertical stack layout for the recents screen that looks rather neat, while the carousel option has a new cube effect you can use for scrolling between apps.

NotiStar gets a new lockscreen icon so you know where to swipe from — you can personalize the icon itself, the color, and the opacity to your liking — as well as support for dark mode and One UI 2.0.

QuickStar gets improved color coordination transparency is used and some new default themes to choose from. Dark mode support is also mentioned, but it seems as though if you have a light theme selected, toggling the dark mode doesn't do anything. So there's room for improvement there.

MultiStar has a bunch of new features including a quick launch capability that allows you to jump into the multi-window UI by long-pressing the recents key, assuming you still use button navigation. The oddly title "The long live app" will not kill processes of selected apps — presumably, this comes into effect when you exit multi-window, although it's not entirely clear. Pop-up view is enhanced with new options for keeping last used and preventing minimization.

Deleted function- Use the multi window without pausing- Multi Sound

Theme Park has been updated with much-needed dark mode support, so you can now have both light and dark alternatives baked into a single theme.

Version: 1.0.4.6New featuresDark mode support-Dark mode can be used even with the theme applied, including Resource for Light mode and Dark mode in one theme.-You can change the theme for Dark mode by changing to the Dark mode edit screen from the menu.Main color and style customization-You can decide the main color you want.-You can edit the style by pressing and holding the Style you want to change.Other-The color of the theme is wrongly specified to improve the visibility problem.

One Hand Operation+ can now support multiple gesture handles at once. You can also customize the vibration intensity and change the color settings for animations, among other new features.

Unfortunately, the NavStar update hit a snag so you'll have to wait a little bit longer for that one, along with LockStar. It's also worth noting that what is currently available to you may well differ depending on your device and region, so don't fret if you don't get everything right away.

Great post, with lots of helpful tips and tricks!!

ProximaCentoriB
Active Level 9
In response to SnowCat19
Thanks but it's taked by an source at the down of the post
0 Likes
Share
Reply
Reply
Loading...
Highlighted

SnowCat19
★
yeah I saw that from Android Police. but it's still good to put the source unlike others who just copy and paste with no source ..

ProximaCentoriB
Active Level 9
In response to SnowCat19
When it isn't me created the content, I always put the source... Or almost always
0 Likes
Share
Reply
Reply
Loading...
Highlighted