The legendary cookie has finally been released for the Galaxy S7 duo. Jampacked with features and UI changes, this update is a must have for every user out there. However, besides less long press shortcuts and the removal of per-contact ringtone, which should really be implemented back, the new update change the behavior of the clock in the Canadian French locale. As it was reported by S9 users, the clocks now have an h instead of an : . Now, that is okay, but in some apps like the Clock app, the are apostrophes which neither are required or grammatically accurate. They also cause weird display issues like you can see in the screenshots below. So please fix it Samsung. Thanks!!! 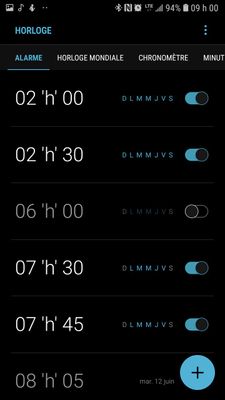 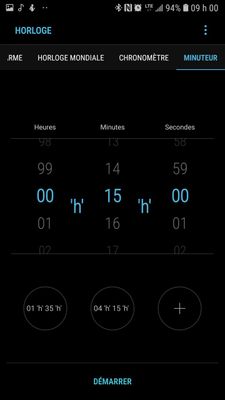 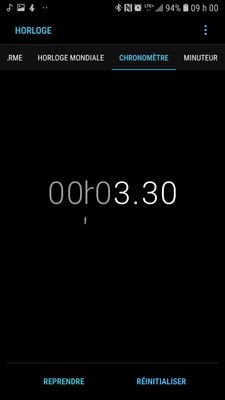 Shaggyskunk1
Expert Level 5
Looks like you're using the 24 hour clock. Settings - Date & Time (unless I'm missing something - Because I'm pretty sure that you know that).
0 Likes
Share
Reply
Reply
Loading...
Highlighted

CHMultimedia
Expert Level 5
I do use the 24h format, as standard in QC, but before Oreo I did use 24h and my phone did not exhibit that behavior
0 Likes
Share
Reply
Reply
Loading...
Highlighted

CHMultimedia
Expert Level 5
It is indeed. As it also happens on the S9, which runs Oreo
0 Likes
Share
Reply
Reply
Loading...
Highlighted

Shaggyskunk1
Expert Level 5
I'm not sure if we are looking at the same thing? S9+ btw

CHMultimedia
Expert Level 5
I said Canadian French locale. You are on English. Try setting it in Français (Canada)

Moderator_
Moderator
Hey @CHMultimedia, I will make sure to forward your suggestions and issues to development team and hope to see the change in the future release! Thanks for your feedback!