15 apps parents should look out for on their kids' phones 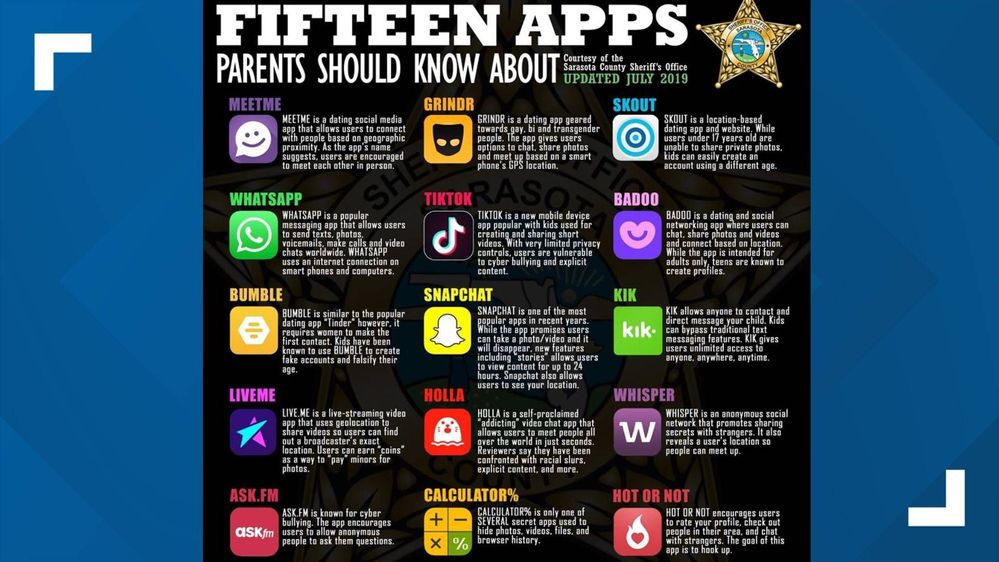 A few weeks ago, the Sarasota County Sheriff's Office said 25 people were arrested during an operation targeting online predators. Sheriff Tom Knight said all of the men arrested utilized "the internet and mobile applications to contact the children to have **bleep**."

The sheriff's office, and most recently the Madill Police Department in Oklahoma, shared graphics showing 15 apps parents should know about.

Source: 4WWL
This is the apps you should remind to their children to avoid them from online predators. Everyone should safe on the internet😊
5 Likes
Share
Comment