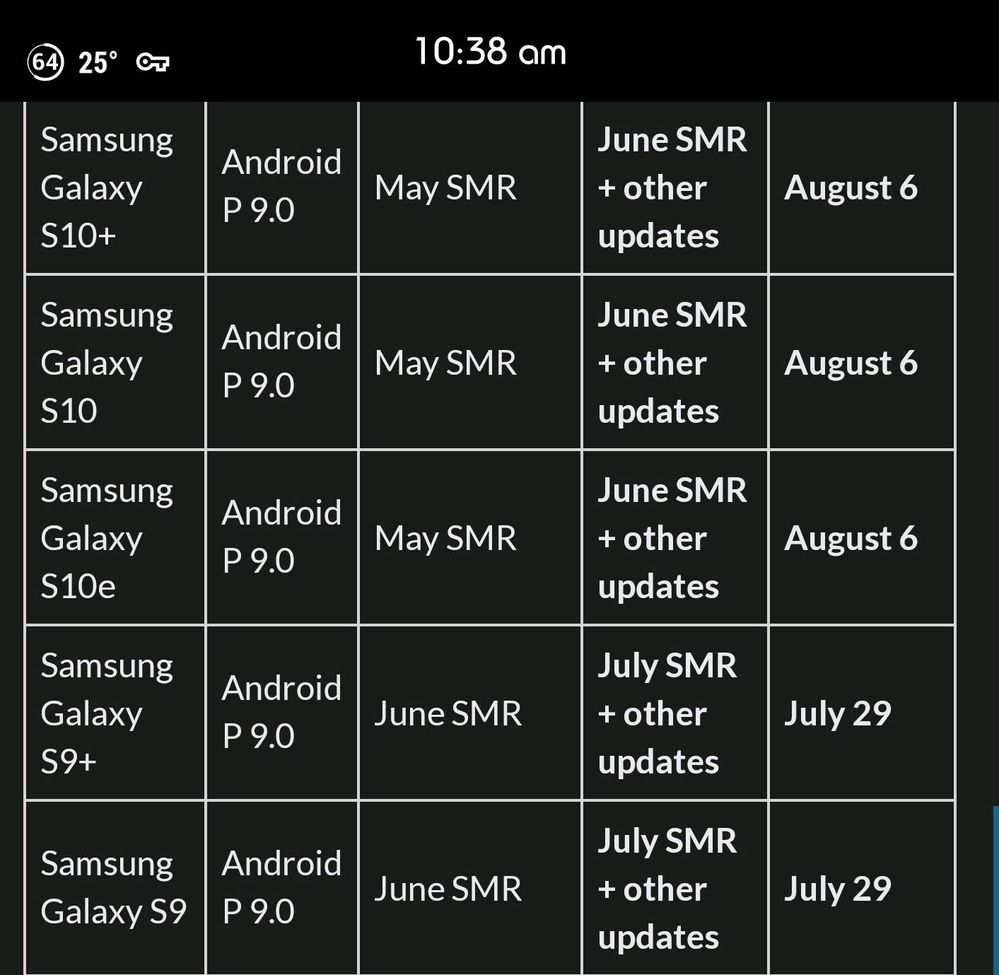 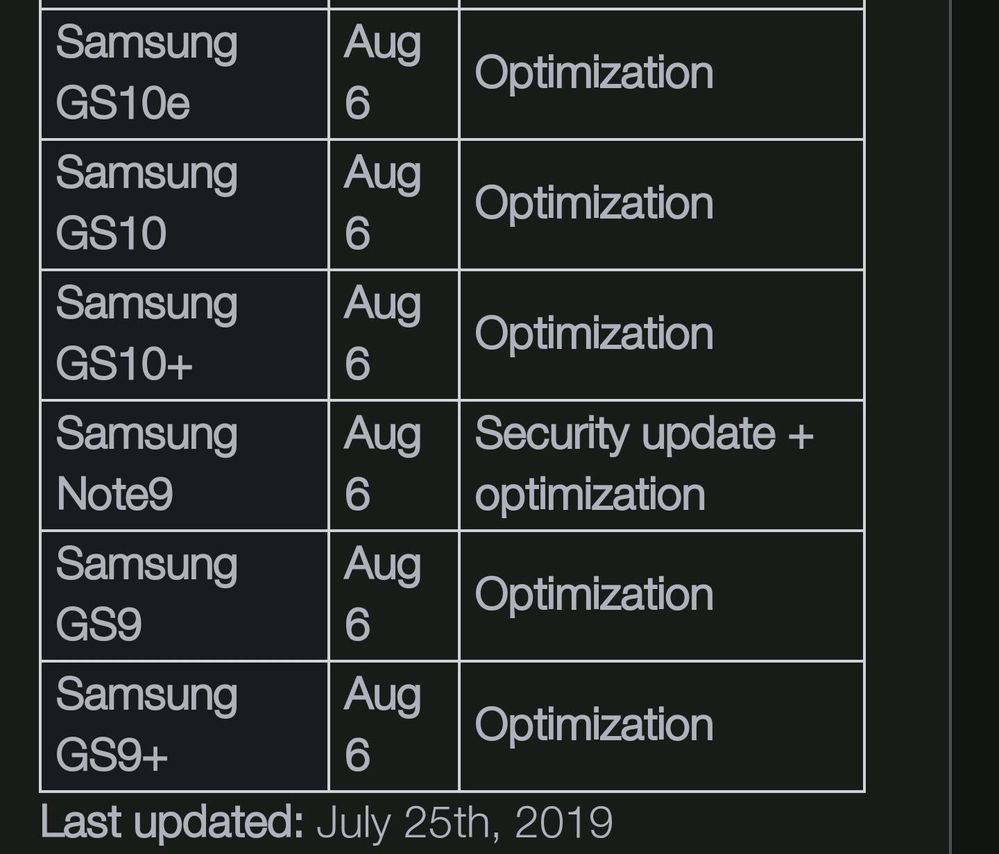 There's nothing yet from Rogers (will presumably be the same as Fido) - And it's probably a mistake from one of the Carriers regarding the S9 series OTAs as Fido is showing the 29th of July & Telus has S9 series & S10 series lumped together on August 6th.... Hot weekend ahead! 🏊 🛥 💦 🕊️ 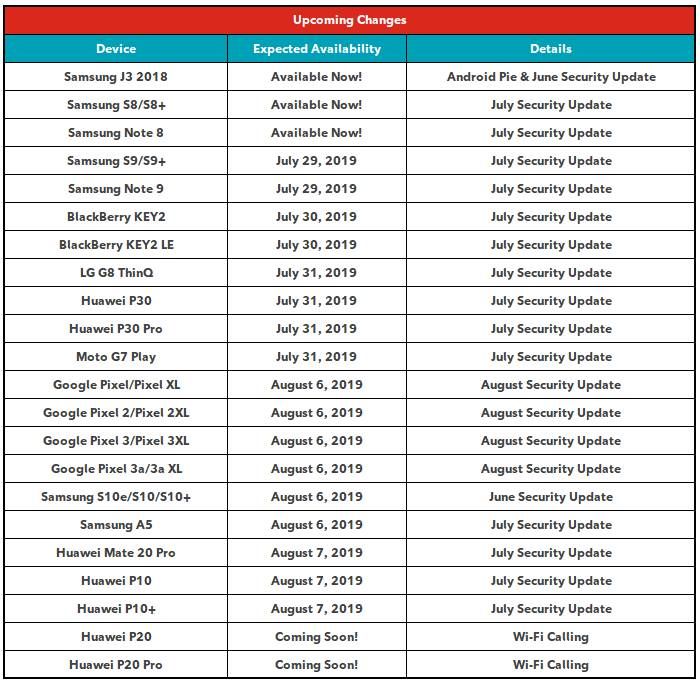 Shaggyskunk1
Expert Level 5
Wondering if Carriers use the same "forecast" service as Environment Canada... Summer was predicted to be "cooler & wetter" than normal lol

Anyway Rogers OS update Schedule from last Friday was saying the 29th for the S9 series & Note9... we'll see if they change it later on today... at least to show the S10 series OTA rescheduled for the 6th...instead of "on hold" 🤔
2 Likes
Share
Reply
Reply
Loading...