My son is in a terrible situation with a toxic landlord who is hacking his phone, stealing his passwords and info. and keeps on locking him out, and sending a camera (tiny snake device) down to spy and invade his space! We believe he was sought out and preyed upon to **bleep** him into a cheap apartment. I have enquired at Samsung about proving that the activity is taking place? They said that they could'nt perform that service, only wipe the phone clean and advised to strengthen the passwords, which he has done 5 times! We need this evidence and the police (called 15 times) REFUSE to side with him saying they want proof! They think he is crazy and have taken him to hospital, the hospital releases him saying he's as sane as can be? Why won't the police even investigate? Where do I go now ? I need justice against the OPP and we need proof for a tennent- landlord tribunal asap! Thankyou   t.m.i.     sorry, first time on and desperate

Habsfan
Active Level 10
I'm pretty confident that it's not the phone that's hacked . if you factory wipe it and change passwords then unless the landlord 1. has access to the device or 2. knows the passwords then there is no way it could be "hacked"
0 Likes
Share
Reply
Reply
Loading...

He has a key to the apt. and has left  his phone there by mistake. My son then captured him on a trail cam after his phone was behaving suspiciously and he broke in and wiped that chip too! Is there such a thing as a key logger?

CHMultimedia
Expert Level 5
I recommend your son changes every single password he has on any sociable lamedia account he has. Then he should stop using them for a while.

Next, your son should wipe again his phone and not install any app at all. Absolutely no application whatsoever from anywhere.

Then, your son should take measures to prove his landlord does spy in his apartment. Find every cavity in his apartment where he could sneak a camera. Cover it in an invisible powder or liquid that is visible under UV light (or just block them).

Add a smart camera (so that you have live footage of the landlord when he comes and soes what you accuse him of doing). 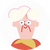 snooksnake
Active Level 5
so he can spy on his landlord honer 20 excellent phone for spying on landlord good for hacking.ask China.
0 Likes
Share
Reply
Reply
Loading... 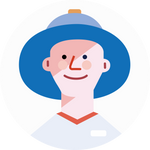 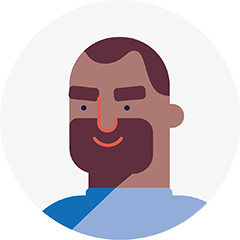