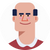 EnZ143PoGi
Active Level 4
So, a question to you guys. Almost in every reviews or pet peeves of Youtubers about Samsung phones are the rather slow updates when it comes to giving us the latest Android version as early as possible. Do you agree with them? Or are the timely security updates enough for you to stay on the Samsung ship?
(Well, I get timely security updates, sure its a month behind sometimes, but I don't really store critical and personal private information on my phone. So I don't normally care about that. I do when I hear about vulnerabilities and the latest security update is the only defensive tool for it. )

I personally does not care about huge updates since Android Marshmallow as I noticed that Samsung's skin and their take of the software have more features than vanilla android. In fact, some of Samsung's long time features, for example, multi-window , introduced to Vanilladroid on Nougat Android 7.0 or Picture in Picture, introduced on Oreo, Android 8.0 have been here since S3, on Android 4.0 - Ice Cream Sandwhich.

So what are your thoughts guys? Are timely security updates enough? - yes some of you are still a month or couple months behind but that blame is on the carrier, I know, some unlocked versions straight from Samsung themselves are also behind, I think that's regional now lol. Or does Samsung need to change and actually give us a speedy Android version update and monthly security updates as soon as its available?
3 Likes
Share
Comment

Shaggyskunk1
Expert Level 5
Security Patch updates absolutely need to be timely (at one point the S9 series was a few months behind which is unacceptable!) OS updates (Android version) should be quicker especially for devices with Treble support - But OS updates - The length of time for Samsung to push OS updates isn't a deciding factor for me - I've got some Rooted devices & I'm usually running the latest version shortly after it's released - I've got a Note3 that's been running Pie for the last few months & it's not a massive change 🐧
0 Likes
Share
Reply
Reply
Loading...

cmdacos
Active Level 5
Samsung skins their own version of android using only the base to create their own OS. They operate on an annual cycle to deliver Samsungs OS which is about the same time every year. I prefer this because I like Samsung's products better and don't like vanilla android and Samsung's updates tend to be far less buggy.
0 Likes
Share
Reply
Reply
Loading... 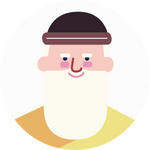 Bing
Active Level 9
S9 security updates are slower than other Samsung products. Even low end j3, or old S7 has latest security patch while S9 is the last Samsung device to get it.

I don't care about bugs, release them in another patch or the next month. I want security patches asap without waiting for Samsung to combine it with other bug fixes or performance enhancements.
1 Like
Share
Reply
Reply
Loading...

300kc
Active Level 7
Honestly twice I thought about leaving Samsung for the pixel line but whenever I handle a pixel device i feel like something is missing. It's always nice to have the newest update but I think Samsung is ahead of the curve in every other way so as long as security updates are timely I'm happy.
1 Like
Share
Reply
Reply
Loading...

Shaggyskunk1
Expert Level 5
@300kc Yeah & I was surprised to read the Google like Samsung only provides OS updates for 2 years and Security Patch updates for 3..
0 Likes
Share
Reply
Reply
Loading... 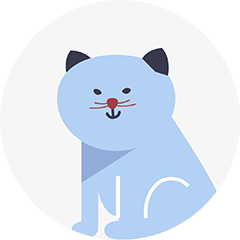