Samsung and South Korean network operator SK Telecom have reportedly joined forces once again for the purpose of creating a second Galaxy smartphone equipped with a so-called quantum RNG chip for advanced security. The first Galaxy A Quantum phone was released last year and it was based on the Galaxy A71 5G. This year, reports claim that the upcoming Galaxy A Quantum 2 will be a rebranded Galaxy A82 5G which will be equipped with the impressive QRNG chip. 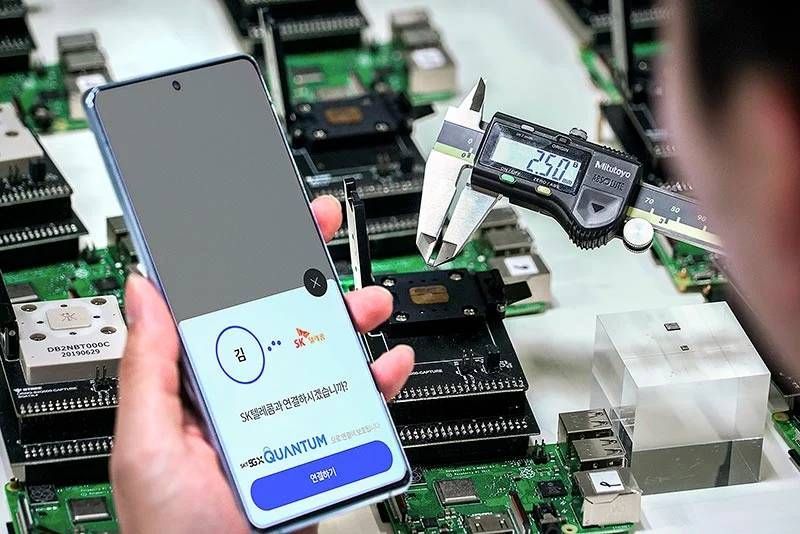 The QRNG chip was developed by SK Telecom and IDQ, which is why the technology remains exclusive to South Korea and the country’s largest mobile carrier. Its purpose is to create truly random numbers and unpredictable patterns to enhance the security of various apps and services including SK Pay.

According to the Korean media, the Galaxy A Quantum 2 was created because the original model proved to be successful enough. The first Galaxy A Quantum topped 300,000 sales in its first six months on the market after it was released in May 2020.