Galaxy A32 4G launch is near

Last month, Samsung launched the Galaxy A32 5G as its cheapest 5G phone in Europe. Recent reports have revealed that some markets like India will be treated with the 4G edition of the Galaxy A32. It appears that the launch date of the Galaxy A32 4G may not be far away as it has received approval from the Federal Communication Commission (FCC) in the U.S.

The FCC certification of the Galaxy A32 4G has revealed only a few details about it. The handset is mentioned with its SM-A325F model number in the FCC documents. The filings reveal that the device has a 5,000mAh battery and it carries support for 15W charging. 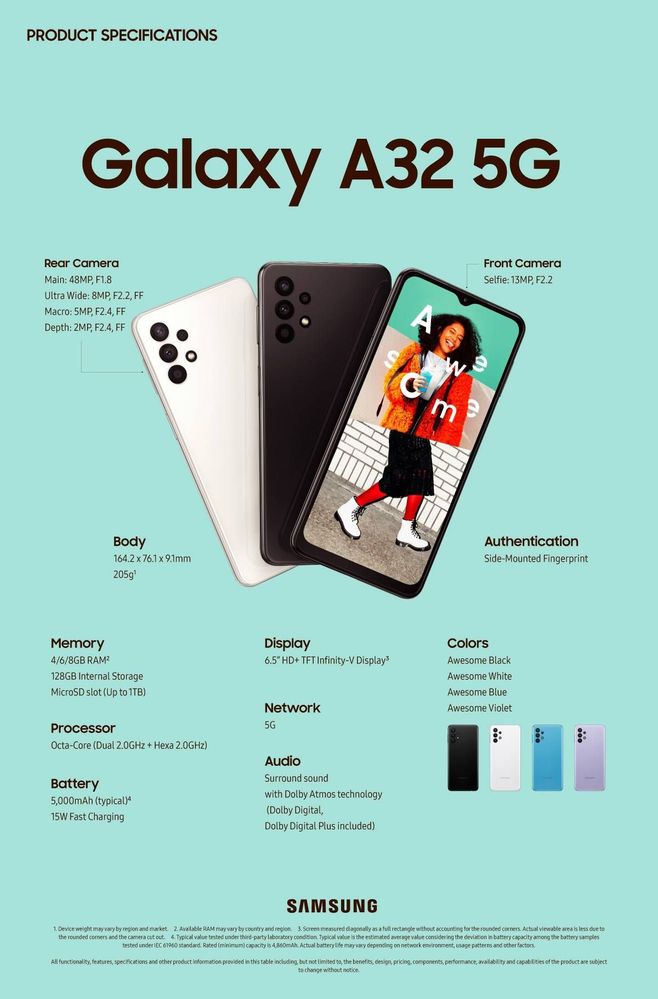