Galaxy A52 ships with 15W charger even though it supports 25W

Samsung’s new Galaxy A52 and Galaxy A72 have elevated the mid-range series to a new level of Awesome, as they offer a ton of exciting features and upgrades across multiple areas, inside and out, from the internal hardware to the display and improved build quality. 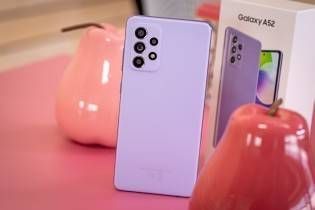 They’re almost perfect but not quite. As if Samsung couldn’t help cutting some corners, only the Galaxy A72 ships with a 25W charger in the box to match the battery’s 25W capabilities. The Galaxy A52, on the other hand, ships with a 15W charger.

You win some, you lose some

The good news is that even though the Galaxy A52 doesn’t ship with a 25W charger, it’s still a better combo than last year’s Galaxy A51, which also shipped with a 15W charger but had a smaller 4,000mAh battery and no 25W capabilities.

Granted, the Galaxy A52 is still technically limited to 15W without the 25W accessory (sold separately), but at least the basic experience is better and it gives customers the option to upgrade and improve beyond what the 2020 model could offer.

Samsung has treated the Galaxy A72 differently, or rather, similarly to the Galaxy A71. Just like last year, the new model ships with a 25W fast-charging battery as well as a 25W charger in the box.

Galaxy A
thanks for the info.
0 Likes
Share
Reply