Puerto Rican Galaxy A71 users are the lucky ones who are getting access to the June security patch today, and considering how Samsung’s different divisions are running out of sync, it remains to be seen when users in other countries will get the same update. Not that it’s a very exciting update. It only brings new security fixes with it, no new features or improvements or anything of that sort is included. 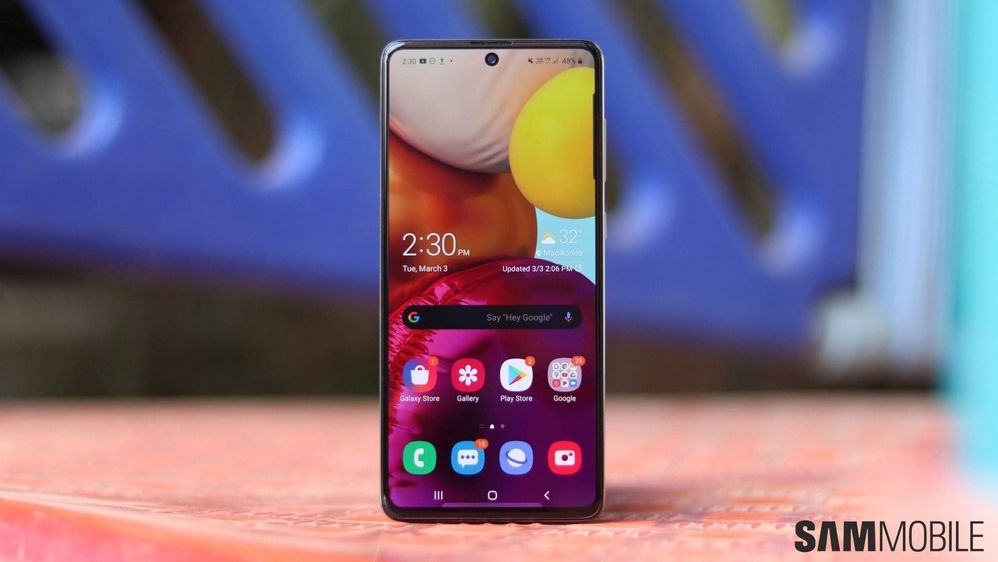 It’s also not known what kind of security enhancements are being introduced by the June patch, as Samsung has yet to detail its contents on its official security website. But don’t let that stop you from downloading the new update right now, or at least check if it’s available for you. You can do that from the phone’s Settings » Software update menu. Our firmware archive also has the latest firmware available for download and installation via a Windows PC.

Galaxy A71 software support has not yet run its course

As many Galaxy A71 owners might know, the real prize they should have their eyes on is the Android 12 update. The Galaxy A71 was among the first mid-range devices to be included in Samsung’s new policy of three generations of OS upgrades, and since the phone was launched running Android 10, it will get Android 12 at some point later this year or early next year, followed by a last and final upgrade to Android 13 a year after that. There’s plenty of life left in this phone, in short.

Galaxy A
Hope it doesn't end up as the C9 Pro, slow in getting updates and fade away
0 Likes
Share
Reply