[OPINION] Samsung should only release a few Galaxy A smartphones

Galaxy A
For the past several months, I've been following topics about the release Galaxy A series phones. I check the specs, the price, and reviews. But can't help but notice the specs, hardware-wise, are noticeably lower-end from other OEMs or brands.
What made me think they should only release a few A series smartphones is Apple and how they treated the iPhone SE 2020. This phone was treated as their entry-level smartphone, designed to be a gateway for more consumers to enter their ecosystem and buy more of their products. Apple sacrificed a lot in hardware for that model but their software made the phone actually worth it despite the outdated design.
The cheapest Galaxy A series smartphones Samsung offers are the A03s, A12, and A22 (based on 2021). These have OneUI Core pre-installed on top of Android, it looks like OneUI but with less features. Due to how "feature-packed" and stable these phones are, they took a heavy hit and sacrificed a lot in hardware.
In my opinion, I think they should only release the A32, A52 and A72 series. Then call the A32 their entry-level phone.
The A32 does not have a good design when compared to phones from Xiaomi or Poco that are in the same prices. But the software it came with the device is the same as the flagship S and Z series, probably better than competitors' software skins. Hardware-wise, maybe a bit less.
Additionally, the A03s and A12 series are lacking in hardware, especially in the chipset department, when compared to Xiaomi's or Realme's. Because they are running OneUI Core, they are also lacking in some software features. I would expected their Antutu benchmark scores to be higher because OneUI Core is a lot ligher.
If somebody bought an A03s or A22 or any of Samsung's entry-level devices, they'd start to become disappointed once they realized that other OEMs are offering phones with better specs for probably even lower prices. They would probably buy products from a different brand instead the next time they upgrade.
For me, the A32 would be a great entry-level smartphone or the cheapest device Samsung could offer.
If the A02s or A12 wasn't released, some people would have not made conclusions that Samsung's budget phones are not better than from other companies.
As mentioned in the title, this is my opinion. If you would like to share your experience with the A02, A02s, A12, A22, and A03s, please comment below. If there's a reason why Samsung is still releasing phones like the A03s, do let me know.
4 Likes
Share
Comment
4 Comments

Galaxy A
I kinda agree with this, so they have more budget to improve and dominate the midrange segment with phones that have better build, better chipset and better camera performance and further improve their flagship offerings like the S and Z series.

Galaxy A
Well true that A series has a lot of product release but not all units are available in all markets. The main purpose of the A series is an entry unit and for developing markets.

Samsung is simply releasing a lot of units as to address the market needs. Every country and person has a preference and a budget gap.

Now compared to Apple SE it's actual competitor is the FE series of Samsung. If you want to compare Apple with Samsung we need to compare it to it's S, Note, Flip and Fold series. As those are all the premium series. Which like Apple only releases premium units only.

Put it this way, if you don't have the budget but want Samsung as your phone they have the series for you. But if you have the budget for the premium all out experience then go for the flagship series. 😊
1 Like
Share
Reply 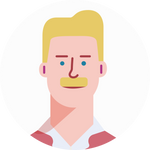 Galaxy A
I think Samsung knows about this. But the competition will not let them just stick with A32 - A72. As we can see, Chinese brands are releasing their "almost flagship devices for the price of a midrange." Samsung must extend their market to the consumers who wanted cheap phones and to those who can't afford midrange-flagship Samsung devices. I think Samsung believes if they don't dominate the midrange segment, still they have strong influence on entry-level segment.
0 Likes
Share
Reply