For about a week we've been seeing glimpses of a new, high-end variant in Samsung's Galaxy A series. This morning South Korean carrier SK Telecom made it official: the Galaxy Quantum2 is up for pre-order now. At the time of writing, the phone hasn't been announced for any other market, either under the "Quantum2" name or its alternative, leaked Galaxy A82 moniker.

SK Telecom is marketing this as an upgrade to the Galaxy A Quantum (a modified version of the Galaxy A71), another SKT exclusive from last year. The Quantum2 features the same built-in dedicated chip for quantum number generation, a handy component for several tools that rely on cryptographic security keys. This QRNG chip is not included on any other Samsung hardware, and is likely to remain exclusive to the South Korean market. 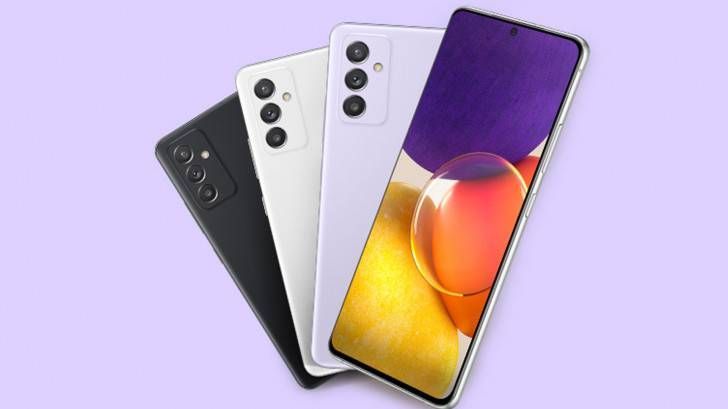 The specs of the device are more interesting, as they're indicative of what might come to the rest of the world in a more general Galaxy A phone. It's packing a huge 6.7-inch screen with a 1440p AMOLED panel and 120Hz refresh rate and an under-screen fingerprint reader. Inside is a Snapdragon 855+ processor — no longer the latest available, but plenty powerful, and much beefier than the 700-series chips in the A52 and A72. It has 6GB of RAM and 128GB of storage space, plus a MicroSD card reader.
1 Like
Share
Comment
1 Comment