RANDOM: Does anyone know what kind of flower it is? 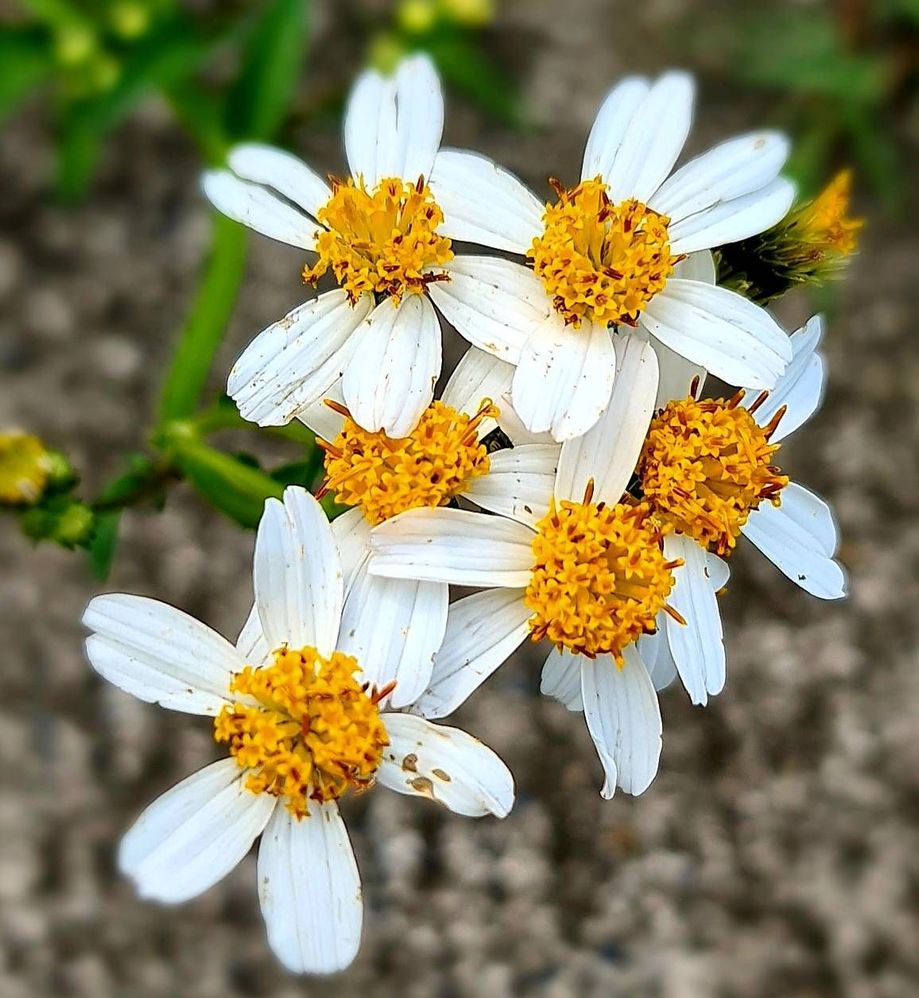 Thank you, ProCo, for sharing the portrait photo of Bidens pilosa.

Bidens pilosa is an annual species of herbaceous flowering plant in the daisy family Asteraceae. Its many common names include hitch hikers, black-jack, beggarticks, farmer’s friends and Spanish needle, but most commonly referred to as cobblers pegs. It is native to the Americas but is widely distributed as an introduced species in other regions worldwide including Eurasia, Africa, Australia, South America and the Pacific Islands.

Galaxy Gallery
Thank you, Sam. This kind of flower has been all over the world.
1 Like
Share
Reply