Galaxy Gallery
A halo is an optical phenomenon produced by light (typically from the Sun or Moon) interacting with ice crystals suspended in the atmosphere. Halos can have many forms, ranging from colored or white rings to arcs and spots in the sky. Many of these appear near the Sun or Moon, but others occur elsewhere or even in the opposite part of the sky. Among the best known halo types are the circular halo (properly called the 22° halo), light pillars, and sun dogs, but many others occur; some are fairly common while others are extremely rare.The ice crystals responsible for halos are typically suspended in cirrus or cirrostratus clouds in the upper troposphere (5–10 km (3.1–6.2 mi)), but in cold weather they can also float near the ground, in which case they are referred to as diamond dust. The particular shape and orientation of the crystals are responsible for the type of halo observed. Light is reflected and refracted by the ice crystals and may split into colors because of dispersion. The crystals behave like prisms and mirrors, refracting and reflecting light between their faces, sending shafts of light in particular directions. Atmospheric optical phenomena like halos were used as part of weather lore, which was an empirical means of weather forecasting before meteorology was developed. They often do indicate that rain will fall within the next 24 hours, since the cirrostratus clouds that cause them can signify an approaching frontal system.

Other common types of optical phenomena involving water droplets rather than ice crystals include the glory and rainbow. 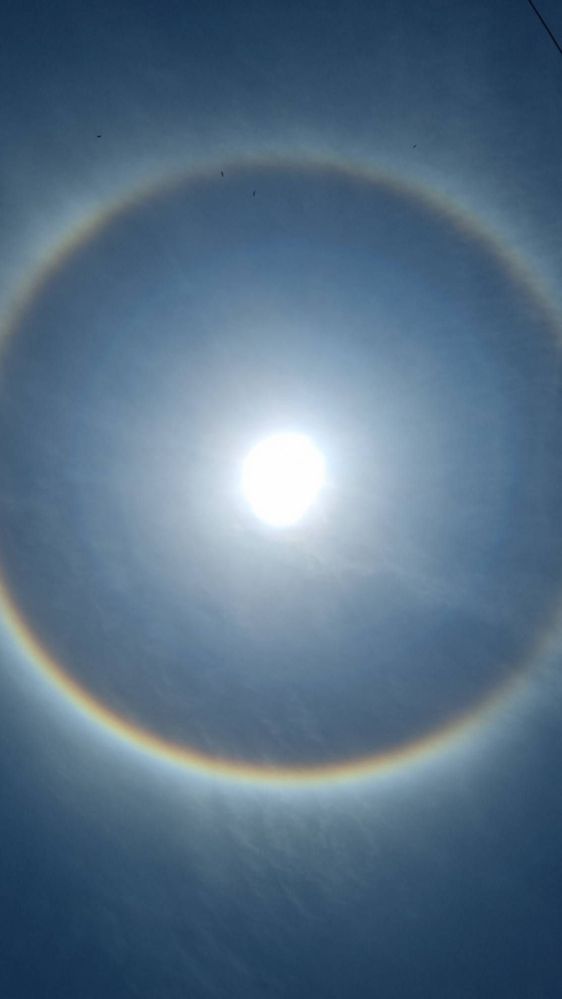 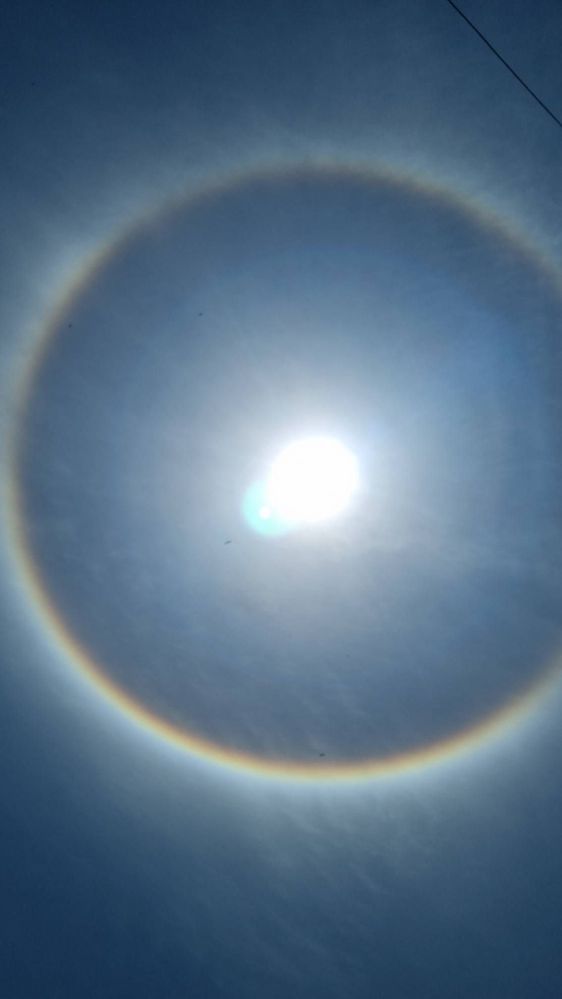