Grab the Galaxy Note20 and Note20 Ultra for lower prices!

Samsung Malaysia today has launched a mid-year sale for its Galaxy Note20 series, offering an attractive RM1,100 rebate for the standard and Ultra variants. Starting today on 31 May until 4 July, customers are able to pick up both phones for only RM3,199 and RM4,199 respectively. 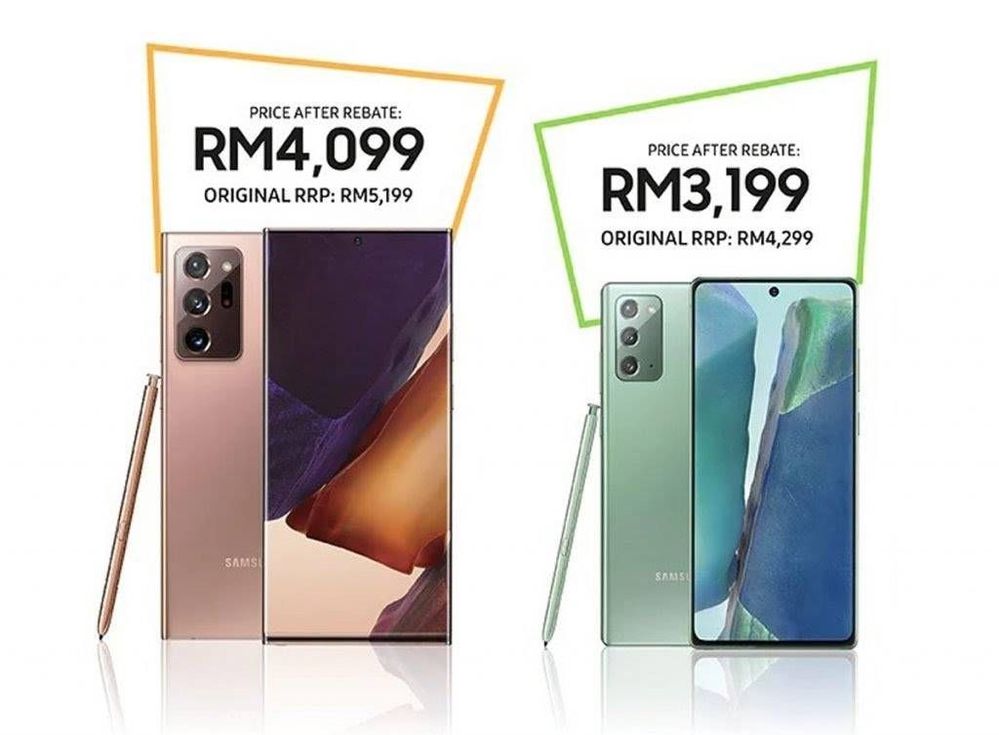 Most of us may have forgotten the specs for two devices since they were launched back in August of last year, so here’s a refresher. Let’s start with the standard Galaxy Note20, which comes with a 6.7-inch FHD+ Super AMOLED Plus Infinity-O display, 8GB RAM, and a 4,300mAh battery with 25W fast charging via USB-C. On its back is a triple camera setup consisting of a 12MP main shooter, 64MP telephoto and 12MP ultrawide, while housed in the display’s punch-hole cutout is a 10MP selfie camera.
3 Likes
Share
Comment
0 Comments