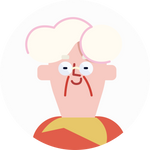 Galaxy Note
Hello,
Here's the glorious time where I started to anticipate the Note.
But this time, nothing for me. I will stand to my Note 9 and when I'll need to buy a new phone, I'll look for a cheaper phone with almost the same quality but at half the Samsung Note.
In the last years I've been disgusted with Samsung not doing proper updates. And after the fact that samsung blocked the possibility of unlocking the bootloader to extend the life of the phone.
And even worst, as a canadian I received the upgrades way later then everyone.
And also the fact that there are so many variants of the model, that a model bought in some part of the world cannot be use in other parts of the world.
I could say a lot more. My list of disgusting things is so long.
NO NOW ENOUGHT. MY NEXT PHONE WON'T BE A SAMSUNG PHONE.
The end...
0 Likes
Share
Comment
10 Comments

Hi alainlafond, Sorry to see that you are unhappy. I will forward your suggestions to the team and let them know your opinion. Thanks for coming up and letting us know your opinion on various issues. Samsung always strives to meet the expectations of its buyers by taking the feedbacks.

Galaxy Note
well if rumours are to be believed, it said that soon probably with the S21 series. Samsung devices they are likely all going to be powered all by the new versions of exynos processor with AMD GPU'S. so theoretically anyway, this should help with the update roll outs around the world. again take all of this information with a grain of salt because at this time anyway it's still only rumours.
0 Likes
Share
Reply

Galaxy Note
That's also why I jump out. You what was Fidel Castro's surname? "El señor más tarde". Míster later. And samsung always had promises and little complying. I'm out!
0 Likes
Share
Reply 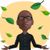 Galaxy Note
The way I see it the issues your having are due to both the curse and blessing using a Samsung device. Don't worry, I'll explain. Samsung is at the forefront of mobile technology. Their devices are generally referred to as being the best overall devices, packed with the most amount of features. They put out so many phones for so many different levels of users. These are the positives. The negative, specifically one, is directly related to the positive. With the amount of devices they produce it is impossible for them to update them all for an extended period of time while ensuring quality. If you contrast this with Apple, for example, they only put out 2 or 3 phones a year very similar so it's easier for them to update. So really it comes down to you get exactly what you want the way you want it (Samsung) or you get what we decide you want (Apple).
1 Like
Share
Reply

Galaxy Note
Thank you for that explanation. But at the my end of the credit card, I'm the one that's been promised the heaven and received only plain service and very slow updates for a phones I paid premium price. Samsung is more busy thinking about ways to market their new dreams. How much samsung spended last year on marketing?
No sir, as a grown man, I stop believing.
Enought is enough!
0 Likes
Share
Reply

Thanks for your thoughts @300kc.

Hi alainlafond, I respect your choice but Samsung is always trying to do it's best. I already forwarded your suggestions to the team and I am hoping to see you happy and back again.

Galaxy Note
You receive later updates here but you do get superior hardware. Exynos users have been complaining about poor thermals and poor battery life since the E8895. And the fact that you have different hardware means different code, which means different issues to fix. Apple has a better hold of this situation and probably takes advantage of the fact that unlike Android, they're not tied to any schedule. The next iOS version is probably already in development while Samsung needs to wait for Google.

Anyway, nobody's going to beg you to keep consuming products. Good luck, in hopes that you find the right product for your needs.
0 Likes
Share
Reply