It’s no secret that we all love software updates. And, when an OTA overhaul upgrades the whole OS, an avid smartphone user can’t resist but rejoice. As you know, it’s been more than three months since Android 10 stable version went live.

Unlike a few manufacturers like Google and Nokia, others keep a custom overlay over stock Android. It is One UI for Samsung devices. It took a couple of unsuccessful attempts (TouchWiz and Samsung Experience) for the South Korean MNC to stumble on one the users don’t despise.

So far, the brand has released One UI for their A, S, and Note lineups. When it comes to the last two, the latest iterations have received Android 10 based One UI 2.0 . And, they have begun the beta program for Galaxy S9 series in November.

You might have already got your hands on the One UI 2.0 beta 2 update. It fixed more than half a dozen bugs plaguing the platform. Barely 10 days after that, here they are, with the third build.

On the contrary to the previous OTA, this one doesn’t have a long changelog. Apart from updating Samsung apps, it fixes three bugs. You can have a look at the screenshot we have gathered. Bear in mind this is rolling out to Global variants.

No, we haven’t made a typo. The build carries Android security level dated January 2020. If you remember, the previous beta update bore December patch. Given you are on the beta channel, getting the new OTA is as easy as following Settings → Software Update → Download and Install.

What we are talking about here is the global Exynos variant. And, it’s unclear whether or not the US Snapdragon version sold through carriers will ever get a chance to test the firmware out through beta builds. However, the unlocked variant is eligible for beta testing.
5 Likes
Share
Comment 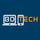 GabyThe911Operator
Active Level 9
In response to BDTech
Read it again, and read the title again, it's why I post it here
0 Likes
Share
Reply
Reply
Loading...

thejoker1
Active Level 7
In response to thejoker1
im not worried i already have one ui 2.0 on my s10
0 Likes
Share
Reply
Reply
Loading...

CHMultimedia
Expert Level 5
In response to BDTech
My guess is that it has the Jan patch. It's not that much of a big deal though. They get the next month's patch early like all Android OEMs
1 Like
Share
Reply
Reply
Loading...