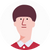 If you go inside the Storage section of Device Care, you'll see a very tiny printed line "powered by 360". Those in the west may not be familiar with this company, but it's a very shady company from China that has utilized many dirty tricks to attempt getting a larger market share. Its antivirus (for PC) is so notorious that it has garnered a **bleep** status in China, Hong Kong, Taiwan and other Chinese speaking countries' Internet communities. For example, 360 Antivirus on PC would ACTIVELY search for and mark other competitors' products as a threat and remove them. Others include force installation of 360's browser bars, using misleading advertisements (e.g. those 'YOUR DEVICE HAS 2 VIRUSES, DOWNLOAD OUR APP TO SCAN NOW' ads). These tactics has even got the attention of the Chinese government, and several court cases has already been opened in China to address 360's terrible business deeds. (On the Chinese version of Wikipedia you can read further about the long list of their terrible misconducts, but there's already many on its English Wikipedia page: https://en.wikipedia.org/wiki/Qihoo_360).

If the company's ethics are not troublesome enough, let me introduce you to the 'Spyware' allegation I made in the title. A news report from the Chinese government's mouthpiece ChinaDaily back in 2017 reveals 360's plan to partner up with the government to provide more big data insights. In another Taiwanese news report back in 2014, 360's executive even admits that 360 would hand the data over to the Chinese government whenever he is asked to in an interview (https://www.ithome.com.tw/news/89998). The Storage scanner on your phone have full access to all your personal data (since it's part of the system), and by Chinese laws and regulations, would send these data to the government when required.

There's no reason for a storage manager to be "powered by" anything or to call home just to clear cache files and flag unused apps. Totally egregious overstep by Samsung using such unnecessary and potentially risky software.

I disabled the Security portion of Device Care, but it doesn't seem like there's a way to do the same for the Storage portion, unfortunately.

Samsung: Please provide a way to disable the "Storage" portion of Device Care without affecting the Battery Optimization portion.

nickthaskater
Active Level 4
In response to MollySohal
Find "Device Security" in Settings - Apps. Force stop it, the clear the app's cache and data.

You should then see that Security is disabled in Device Care.

nickthaskater
Active Level 4
In response to MollySohal
@Higira I don't want either, but at least you have the option to disable Security.
0 Likes
Share
Reply
Reply
Loading...
Highlighted

Shaggyskunk1BLM
Expert Level 5
I'll have to look for my tinfoil hat first...... But I don't ever enable the Device Care "security feature" in any event - As for "evidence" - That remains to be seen 🐧
0 Likes
Share
Reply
Reply
Loading...
Highlighted

theonecid
Active Level 10
In response to Shaggyskunk1BLM
The security feature is powered by McAfee, this is not what this post is about. They're talking about the storage cleaning SW powered by 360
2 Likes
Share
Reply
Reply
Loading...