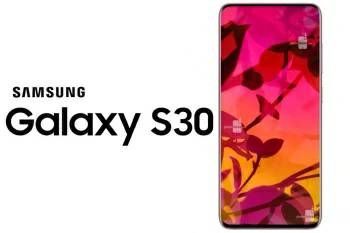 The Samsung Galaxy Note 20 and Note 20 Ultra have still not been announced, but that means very little in the world of leaks. The attention is already turning towards the next lineup of flagships and today SamMobile has published the first Galaxy S21 (Galaxy S30) series details.

Samsung launched one mainstream Galaxy S flagship per year between 2010 and 2014. It switched strategy in 2015 with the introduction of three Galaxy S6 models and later chose to scale back a little in 2016, 2017, and 2018 with two flagships per generation.

With the Galaxy S10 lineup last year, Samsung went all-in with four separate models – the Galaxy S10e, Galaxy S10, Galaxy S10+, and Galaxy S10 5G – but in 2020 the company has settled for a more conservative trio of Galaxy S20 models.

Despite the latter's poor reception, it seems Samsung is happy with the overall strategy. Information provided to SamMobile by reliable sources reveals three Galaxy S21 flagships are being prepared for release next year.

These devices go by the model numbers SM-G991, SM-G996, and SM-G998. Their marketing names remain unconfirmed at this stage, but Samsung will most likely launch them as the Galaxy S21, Galaxy S21+, and Galaxy S21 Ultra respectively.

The variants under development at the moment all support 5G networks as standard. SamMobile believes LTE models will be made available to purchase in some markets as well, but no evidence has been found.

Samsung is working on 128GB and 256GB models

The Galaxy Note 20 series has been developed with an impressive 256GB of internal storage as standard across the lineup. Unfortunately, early information indicates the Galaxy S21 series won’t be receiving the same treatment.

Right now, 128GB Galaxy S21, Galaxy S21+, and Galaxy S21 Ultra variants that should act as the base models are being worked on. Fortunately, 256GB variants of these three devices are under development too.

Samsung typically offers a 512GB storage option on its most expensive flagships, and the Galaxy S21 series should be no different. But as of the time of writing, no evidence has been found to suggest such an option is being worked on.

The same applies to the potential 1TB models. Samsung skipped these variants in 2020 but could bring them back next year if there is sufficient demand. At the moment, though, they aren’t being actively worked on.

What else do we know about the Galaxy S21 series?

Powering the Galaxy S21 lineup could be the upcoming Qualcomm Snapdragon 875 and Exynos 1000 chipsets. In any other year, Samsung would reserve the former for North America and the latter for Europe, but some rumors claim that won’t be the case.

Due to the increasing costs of Qualcomm chips that have led to ridiculously high flagship prices this year, the company is apparently thinking about using the homegrown Exynos 1000 globally.

That chipset might be slightly slower, but it would also be much cheaper. Therefore, it could improve profit margins and possibly lower prices at the same time, although the idea should be taken with a large pinch of salt.

Speaking of profits, Samsung is said to be thinking about removing the charger from boxes starting with the Galaxy S21. The decision will likely be marketed as an environmental one, as Apple is expected to do with the iPhone 12, but it should help with profits too.