Just wondering if anyone else has had issues with the S21 ultra? Mine are overheating, slow charge and decreased battery capacity. Phone is 10 months old, bought new from Samsung Australia.

Its currently being repaired with Samsung, new motherboard has been ordered according to an email, will be interesting if anything else has been fixed.

It would heat up and shut itself down no no more than 5mins into a video call, on all platforms. Phone would be too hot to touch and had to be carried into the fridge with a towel!! This would be indoor use, in room temp of 22*C. Phone would be unusable going out during the summer, would just heat up in a bag or pocket at anything over 25 degrees. Battery also started taking longer and longer to charge. Did a factory reset a few times and started fresh with no help.

Samsung suggested using the phone on limited settings such as, restricting CPU to 70%, running on low power mode and using screen at lowest settings. Seriously?? Why buy a top range phone only to run it all the time in the lowest possible settings, people would buy the economy models if they wanted low performance settings all the time. Samsung tech said, Samsung are aware of the overheating issues however wont do anything about is as it meets manufacturer standards, the techs own S21 Ultra has also been sent off for repair once before!! Also seems to be a Samsung Exynos 2100 issues as the snapdragon chips look to have less overheating problems.

It seems Samsung know they are selling phones with issues..... maybe letting it fly under the radar till the new model gets released next month. Hopefully with no issues. Real shame they haven't done a recall for this. 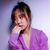 What u doing when it overheat ?
Playing games ? And running a lots background apps ???

Snapdragon cost higher and it's not available in msia. Unless u buy from UK and which service center u visited to repair ur phone ?
0 Likes
Share
Reply