Galaxy S
We know in the coming weeks, Samsung will be releasing One UI 2.1 version for its flagship & some Galaxy A series of smartphones. The One UI 2.1 with Android 10 will bring all the goodies of exclusive functions of Galaxy S20 series to the older Galaxy S9/S10 & Galaxy Note 9/Note 10 smartphones. Now to move ahead, we have a piece of information about the next One UI 2.5 version & its first feature. It supposed to first release with the upcoming Galaxy Note 20 smartphone and after that, it would come to Galaxy S20, Galaxy S9/S10, Note 9/10 series and selected Galaxy A & M series smartphones.

We received this information from the HomeScreen Moderator at the Samsung Community of South Korea. These moderators are highly accurate about their posts so we can trust the news. The HomeScreen moderator not only revealed the One UI 2.5, but the person has also told us the first feature of the upcoming update. The first feature is that the Google gesture will be available for third-party launchers.

Here is the translated post from the Samsung Community,

Hello, I am in charge of the Home operation. Are you using 3rd party launcher? Currently, the new Google gesture is not available on other launchers, so the More button option button is disabled. When updating One UI 2.5, we are using Google gestures in the third-party launcher. Please note that the exact schedule for One UI 2.5 update for each model is not confirmed.

Android 10 has come up with a new gesture navigation method for third-party launchers. Till now, it is available on a few launchers like LawnChair on Google Pixel devices. Samsung has yet to implement these functions, and finally, we know when it will come to Galaxy smartphones. In the second half, Samsung will unpack Galaxy Note 20 series devices, and we think we will see One UI 2.5 with Android 10 for the first time. As time goes, more functions of this new version will come into the light. 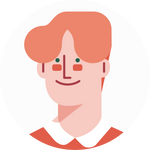 Galaxy S
maybe "they" feel 2.5 is stable and the best version to roll out?.
0 Likes
Share
Reply

yeah we have a One UI 1.5 on the Galaxy Watch
0 Likes
Share
Reply