The Samsung V200 from the year 2000 was the company’s first phone with a camera – more than that, it was one of the first ever phones with a camera. It has been working on improving mobile photography since then and for the last 11 years it has been the premium Galaxy S series leading charge.

Samsung felt nostalgic after the launch of the Galaxy S21, so it posted an abridged history of the Galaxy S cameras from the very first one to today.

The original Samsung Galaxy S had a 5MP camera and 720p video recording. And it offered a Panorama mode so you can capture wide-angle shots. This was years before dual cameras would become commonplace, so an “ultrawide lens” wasn’t a thing yet.

While it had autofocus, that original camera lacked an LED flash. An oversight corrected in with the Galaxy S II, which also increased the main camera resolution to 8MP (front camera too, from 0.3MP to 2MP).

The Galaxy S III made it easier to take a great photo. Not quite as effective as the modern Single Take, but the Best Photo mode snapped eight photos in quick succession and suggested the best one. Zero Shutter Lag mode and burst photography (20 shots in 3.3 seconds) were also great additions to the S-series photo toolkit.

The Galaxy S4 brought Dual Shot, a picture-in-picture effect that combined the output of the front and rear cameras. Samsung experimented with new features like Sound & Shot (record ambient sound to go with the photo) and Drama Shot, which took the heavy lifting out of Photoshopping some fun effects. It also upgraded the main camera to 13MP, up from the 8MP of the previous two models.

Samsung’s own ISOCELL sensors made their debut with the Galaxy S5, which was equipped with a 16MP sensor. The ISOCELL technology reduced pixel cross-talk, improving low-light performance. The newly-introduced Rich Tone HDR improved handling in brightly lit scenes.

A great camera is worth nothing if you miss the moment. To solve that problem the Galaxy S6 introduced Quick Launch – double tapping the Home key could launch the camera and snap a photo in just 0.7 seconds. Tracking autofocus followed moving objects, so all you had to do was press the shutter key.

Focus was further enhanced on the Galaxy S7 with Dual Pixel AF, a featured borrowed from DSLRs. The S7 edge got a DxOMark score of 88, making it the top mobile camera in the rankings.

By this point it was clear that upgrades to the sensor hardware alone aren’t enough to compete with dedicated cameras at night. The Galaxy S8 adopted image fusion - it took three photos in quick succession and merged them into one higher quality photo. The camera interface was reworked to allow one-handed operation.

The Galaxy S9 improvements also focused on low-light shooting. The lens had a dual aperture, allowing the phone to select between f/2.4 for sharp daytime photos and f/1.5 for nighttime (this allowed 28% more light to reach the sensor). The video camera gained the ability to shoot 960 frames per second slow-motion videos and Samsung had a bit of fun with AR Emojis.

The S9+ added a second camera (2x telephoto), then the Galaxy S10 made it three with the inclusion of an ultrawide camera. Not only did this reduce the need for a panorama mode, it also enabled the Super Steady video recording mode. The S10 also added support for HDR10+, building on the work of previous models.

The Galaxy S20 generation would return its focus on zooming and introduced 100x Space Zoom with the new Ultra model. This generation was the first to capture 8K videos and it improved Super Steady with AI-based motion analysis.

This brings us to the Galaxy S21 generation, which will be in stores next week. This year’s Ultra model is Samsung’s first phone with two telephoto modules. Directors View gives you a live feed from three cameras simultaneously and (of course), there are several picture-in-picture modes at your fingertips.

Every single camera on all three S21 models is capable of recording 4K video at 60 fps. Dual Pixel AF is used on the S21/S21+ main camera as well as on S21 Ultra’s ultra wide and two tele cameras. The Ultra is better at shooting at night too, thanks to the latest 108 MP ISOCELL sensor with improved 9-in-1 pixel binning. Yet more AI was added to enhance the image quality.

That’s 11 years of innovation and development condensed into a few paragraphs. Looking at the present, we will be testing the cameras of the S21 series (and everything else too), so stay tuned for that. 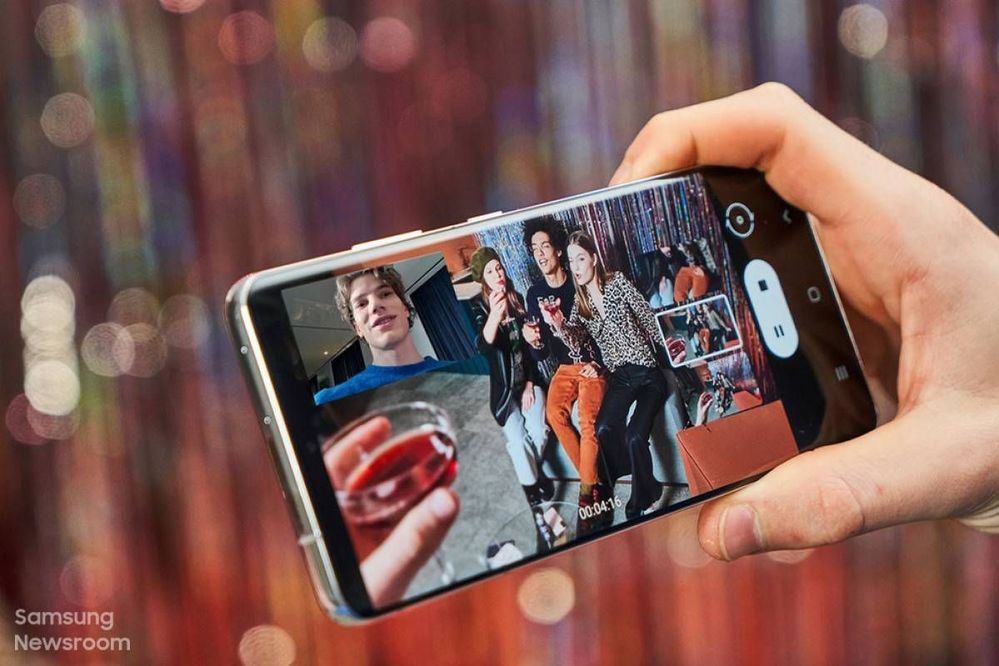