Galaxy S21 deals really haven't been available for that long, with the phone itself launching at the beginning of 2021. And yet, we're already seeing some big savings on the handset. 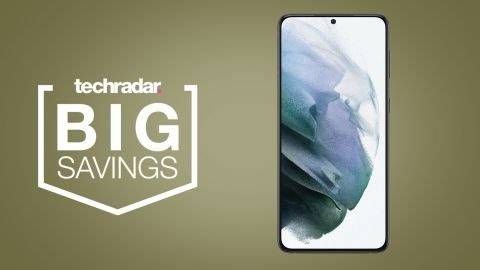 Amazon has just released a deal that gets you the Samsung S21 for its lowest price yet. Plus, this offer is on the 256GB of storage model of the handset, while charging less than the smaller 128GB version.

With this discount, you're saving a total of £119. That leaves you with a price of just £699.94 - an excellent figure for this handset, especially when that storage bump is taken into account.

Amazon is also offering the lowest price around on the Samsung Galaxy S21 Ultra. However, the saving isn't quite as substantial at just £79 off and is only on the 128GB model.

This is the biggest saving yet on the Samsung Galaxy S21 and it gets you the 256GB model for less than the regular 128GB! After the price reduction, you're only paying £699.94. This deal comes directly from Amazon as well, not a 3rd party retailer which is where most of these big discounts are seen.

The cheapest of the three handsets, the S21 is a 5G handset at a price that rivals the iPhone 12 and is much cheaper than the S20 was on launch.

The camera is an incremental upgrade on what the S20 provided, boosting the 8K video software, super steady video, and an improved 60fps 'Director's View'. Thanks to the new processor, the camera's AI software is working better than ever.

However, Samsung hasn't managed to improve the battery capacity which could prove a problem with all of this new software.