The display on my 21 month old phone went white 2 days after an update. I took it to the service centre in Pavilion and the person queuing in front of me had the same exact issue. I was quoted RM950 for the LCD replacement even though I told them this issue appears after an update. The reason given was the phone overheated or overcharged, which sounds like an excuse to me. Apparently this issue is quite common among the Galaxy series. Anyway I was forced to pay to get the phone fixed as I need to backup the data but this is going to be my last Samsung phone. 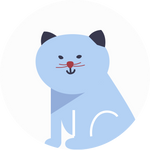 Galaxy S
Sorry to hear that you had to splurge that much to fix it.
Though what's gonna be your next phone, if any in mind?
0 Likes
Share
Reply

Galaxy S
Yes. Mine affected too. I'm on Note 10+. Please do not update this latest firmware

Galaxy S
Sorry to hear that. Samsung needs to be aware of this. Too many cases already!
0 Likes
Share
Reply

Software update can settle this issue?

Galaxy S
Had the same issues and was also quoted rm950 for the lcd replacement, even did a diagnostic test on my phone to prove that there's no physical damage on the lcd because they assume I dropped my phone 🤣. Only thing different was I did not pay to get my phone fixed and my phone magically fixed itself few days after I collected it from the Samsung service centre. This is also going to be my last Samsung phone.
0 Likes
Share
Reply