All about SD Cards

We've decided to make a special post about SD cards. You'll be able to avoid counterfeit SD cards and identify the best card for your device.

Now, let’s see what each of these means:

This rating also applies to other writing tasks, like copying files on the card.

As of time of writing, no consumer smartphone supports anything higher than UHS-I. It is thus not necessary to worry about this. Do make sure you are not buying a UHS-II card or better, as they are more expensive but you will not be able to enjoy its faster speeds. Other bus versions include UHS-III and SD Express, the latter of which supports NVMe and PCIe.

Prior to version 5.0 of the SD format standard, it was the only high-speed class rating available. As the Video Speed Class, this rating guarantees a minimal writing speed at all times. Possible ratings are U1 and U3. Each unit equals 10MB/s. Thus, the card that was shown precedingly supports a minimum writing speed of 30MB/s.

Between this class and the Video Speed Class, the highest of both classes prevails. So, an U3 and V60-rated card will have a minimal writing speed of 60MB/s.

This rating guarantees a minimal I/O performance for the card. As the name implies, it is very useful for apps that solicit the SD card or are installed on it. It is also useful when reading/writing many small files. This rating guarantees a minimum of reading and writing operations per second (IOPS). There are three possible ratings: A1, A2 and no rating. Higher is better unless you do not plan on having app activity on the card.

Some cards may have another rating on them. It’s the Speed Class. It’s logo is a C with a number inside it. This class was deprecated in favor of the UHS Speed Class. This class also guarantees a minimal writing speed.

There are many kinds of SD cards on the market. It may seem impossible to take the right one, but the following section should greatly help in this endeavor.

We’ll go briefly over Endurance cards. They are made to be continuously used in 24/7/365 scenarios. These are excellent for surveillance cameras or for dash cams. They are slower than normal cards but they are much more durable.

The card’s packaging will show you the card’s peak speeds. They are not sustained but are still useful to consider. Reading speeds are fairly consistent.

Higher-end cards are more durable, are faster, can sustain higher speeds longer and have enhanced warranties. It is important to take it into account, especially if you plan to use the card in the long-term.

As for storage, it depends on how you plan to use the storage. Storing freshly-captured memories and then transfer them to your computer/cloud storage later? Smaller storage such as 64GB will be more than enough. Going in vacation with no way to offload your pictures? Or wanting to have something to watch during the commute to your vacation? 128GB and beyond should be good.

Other use-case scenarios where some cards are more suited include:

Very high-quality movies/shows stored on the card- At least U1 and high reading speeds.

Lexar uses colour codes instead of names to differentiate their products.

It can be very tempting to try to save big on SD cards. After all, the card previously shown is listed at 160CAD. It’s not exactly affordable for everyone. But beware of the knockoffs! They are everywhere. These cards are not only slower and less durable, they also have a much smaller capacity than advertised.

What does that mean? Well, picture yourself trying to draw something with a pen. Without real capacity, it’s like you are waving your pen in the air and pretend to be writing. Nothing will be written. And when you’ll try to read the data you have written nowhere… you can see for yourself what happens: 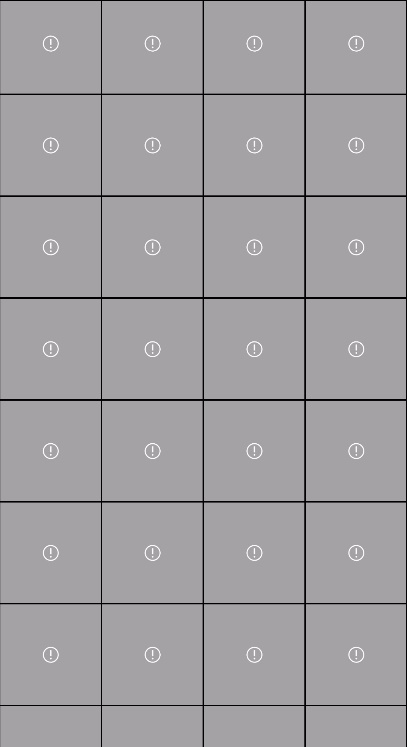 Data lost that way cannot be recovered in any way. To avoid this from happening, make sure to not buy a counterfeit SD Card.

But now you wonder “How am I supposed to avoid them?”. Here’s how:

First, there’s no such thing as the ultimate deal. If you encounter a cheap 1024GB card cheaper than the 64GB card you saw in store, something is fishy.

Then, make a bit of research about the card’s manufacturer. Saw a great deal for a cheap Huawei SD card? Watch out, Huawei does not make SD cards.

The card looks suspiciously like another manufacturer’s design? You are right to be suspicious.

Saw a nice, self-proclaimed “Genuine” SD card but without any mention of the manufacturer? Definitely not a genuine card.

The card’s multiple logos and text to not have the same font? You guessed it, FA KE as well.

The card does not use the official class logos or even the real SD/SDHC/SDXC logos? **bleep** too

See this card for example. 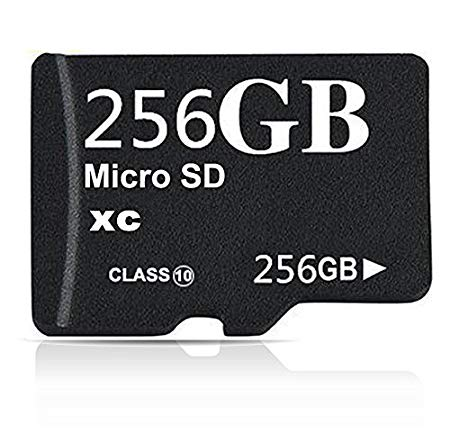 This card costs 10$. Nice deal for 256GB right? Wrong. No manufacturer, no official logos, fonts are all over the place… User reviews for this listing are unanimous: the real capacity is much smaller than stated, and data stored on the card was lost.

Refrain from buying from AliExpress, Wish, Geek and other self-proclaimed cheap tech platforms. They only sell knockoffs. And nothing else. This time, they even straight up steal genuine companies’ names and design. The card’s quality will not be any better.

The fool-proof way to avoid knockoffs is to buy in stores. Yes, it is more expensive. Yes, the choice is more limited. However, you are guaranteed to not get any knockoffs. Peace of mind. Otherwise, you can buy from Amazon for example, but make sure to only buy “Ships from and sold by Amazon” cards. The probability of getting a FA KE card drops drastically. Otherwise, buy cards “fulfilled by Amazon”. They might still be FA KE, but in the event that you do get a **bleep** card, Amazon will fully refund you.

Amazon is mentioned here only as an example. Do not hesitate to buy from your favourite online retailer/store, but please consult said retailer’s policy on counterfeit/malfunctioning products.

Got an SD card and are anxious to know if it’s not FA KE? Use a storage testing software like H2testw, available on PCs. If the actual storage space is smaller than claimed, the software will tell you.

Available as a donwloadable PDF here. The PDF has better formatting too.

With the collaboration of Cassidy007, Superuser. French revision by Pierot14, Superuser.

Jayman1973
★
Thank you for the information on SD cards. I am currently using a 64GB SD card in my S8 right now. It is made by SanDisk. I am not sure as to what writing speed it uses. Whenever I save photos or apps to the card it takes about 5 to 15 seconds to save.
0 Likes
Share
Reply
Reply
Loading...

CHMultimedia
Expert Level 5
In response to Jayman1973
Hmm. What is the UHS Speed Class of your card?
0 Likes
Share
Reply
Reply
Loading...

Jayman1973
★
I stand corrected. The SD card I am using is not 64GB it is 32GB. The card is u1 and class 10. Another correction, the card is made by Avoca
0 Likes
Share
Reply
Reply
Loading...

CHMultimedia
Expert Level 5
In response to Jayman1973
Searching online, I could not find anything about that brand. It appears to be either a **bleep** brand or the company went bust a while ago.

It seems that your card was falsely identified as C10. Or the card has deteriorated due to its poor quality.
0 Likes
Share
Reply
Reply
Loading...

Jayman1973
★
Very interesting. I don't recall as to when and where I bought the card.
0 Likes
Share
Reply
Reply
Loading...