AndrewVermeltfoort
Active Level 3
Hear me out, I was talking to myself the other day about laptops and features that I would find very useful. I was thinking about laptop keyboards, they can come with a traditional keyboard with deep travel and keys similar to that found in old Dell laptops. Another option would be to have a touch sensitive flat surface that would offer no travel but a sleek and easily cleanable surface. I had an idea that could match both, imagine a flat touch sensitive surface with an engraved keyboard in it. Now imagine an aluminum grate with keys attached that would magnetically attach over top of the touch surface to offer the travel. I would say that the keys should have an led in each and a metal lead attack to the laptop for power. I would also think that it would make sense to have light shine through the engraved keyboard so that when the top keyboard is lifted off the keys can still be seen in the dark. This keyboard would be able to work with or without the removable keys. A keyboard like this should come with a digital screen as the function keys to eliminate some of the complexity of the keyboard and obviously offer other features. I believe it would be strategic to make this laptop ip68 so that while the keyboard is made to accommodate spills so would the rest of the laptop.
Please let me know if you like this idea and any changes you would make to it.
I could only hope one day that Samsung will make this product
1 Like
Share
Comment 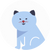 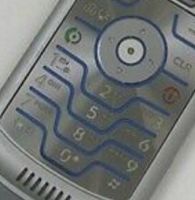 AndrewVermeltfoort
Active Level 3
In response to meep
not really my idea was a compete flat surface and a removable keyboard that would go on top that would essentially act as traditional keyboard utilizing magnets to trigger the touch sensitive surface
0 Likes
Share
Reply
Reply
Loading...