Others
Samsung’s Dual Messenger feature allows users to install two separate instances of popular instant messaging apps. This allows users to have two different Snapchat or WhatsApp accounts on the same phone . However, some users have been facing issues while using WhatsApp in the Dual Messenger mode, and Samsung is planning to fix those issues. Galaxy smartphone users have been facing an issue where they are unable to send files saved on the phone via WhatsApp in the Dual Messenger mode. Moreover, users are unable to open files received via WhatsApp. This problem is present on WhatsApp version 2.21.10.16 (or later). Samsung has announced via its forum that it will fix this issue with a software update in the future.
#credit to original writer.
11 Likes
Share
Comment
5 Comments

Others
Started having the problem in april and until now still cannot solve? 🤷🏻‍♀️
0 Likes
Share
Reply 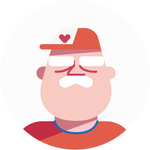