Is the outrage over ads in Samsung Music and Weather justified?

Others
There has been outrage recently over ads that users in a few markets have seen inside apps like Samsung Music and Weather. It follows rumors about Samsung potentially opting for lockscreen ads in One UI 2.5 As we’ve discussed before, it seems unlikely that Samsung will put ads on the lockscreen in One UI 2.5.

That being said, these users have been quite vocal in expressing their displeasure over the ads. You can see where they’re coming from. If you paid over $1,000 for a phone, you wouldn’t want it to show you any ads.

Are these Samsung Music and Weather ads really ads?

This ad for SiriusXM, a satellite radio service in the US, was shown to users inside Samsung Music. On the surface, it might seem like Samsung sold in-app pop-up ads to this company but dig a little deeper and you’ll find that this is actually a promotion that Samsung is offering with SiriusXM. If you buy the Galaxy Buds, you will get a 3-month free trial of the SiriusXM Premier service. Only users in the United States saw this ad because this promotion was meant only for them.

Does this qualify as an “ad” in the traditional sense? It would if Samsung had opened up access to ad networks which meant that you could be shown targeted ads in its apps. For example, if you had been searching for sunglasses online, you’d end up seeing ads for sunglasses in the app as well.

In this instance, Samsung is only promoting its own products and partnerships through its app. It’s far from the only company that does that. Apple displays similar promotions through its apps on the iPhone as well. It would be far more troubling if Samsung were to allow ad networks to target its customers directly. That might be a concern that some users have after seeing these promotions but it’s difficult to imagine Samsung allowing third-party advertisers into its apps.

The banner ad that was shown inside the native Weather app in South Korea also appeared to be part of a promotion with the company that provides weather data to Samsung in the country. Such promotions have previously been run through apps like Samsung Pay as well. Samsung also routinely promotes is own health and fitness products through Samsung Health.

None of this is new which is why one has to wonder if all of this outrage is justified? An argument can be made that once a product has been purchased by customers, they shouldn’t have to view the manufacturer’s own ads or promotions. Then again, companies actively focus on extracting more business from existing customers as that’s cheaper than having to acquire new customers. What would you do if you were running a company that had the same option available? 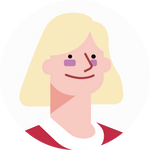