Zahed
Active Level 2
Hey everyone
I want to understand something about Samsung's laptop lineups strategy. I believe every year Samsung releases some great laptops but unfortunately every laptop has different names and models, one doesn't follow from previous model. My question is why Samsung doesn't release 3or4 laptops lineup evry year with same name and upgrade them following year.
They have Notebooks with different name and Galxy Book S, Ion and Flex now from SDC19. And they all uses great hardware and software.
So instead of releasing new laptops with new name, why not just stay with like a flagship name for every year's laptops.
I feel like Samsung should consider about laptop lineups NAME for a better market since they release laptops every year.
Thanks everyone
1 Like
Share
Comment 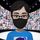 Tallman
★
I still haven't heard of any news about Galaxy Book S yet. Is it going to be happen?
0 Likes
Share
Reply
Reply
Loading...

These new laptop lineups seem to be competing in-line with other products in their class. It seems they want to brand their top teir products as "Galaxy Book". They recently released some laptops during CES 2019: Samsung Notebook Flash, Notebook 7, and Notebook 9/Pro. These were probably released to fill the product gap they had with their competitors. The Galaxy Books will most likely represent their best of the best in tech, hence the Wireless PowerShare capability in the Ion & Flex on the trackpad as well as first QLEDs on a laptop.

See related lineups and some of their competitors below: