Patiently waiting on the final version

Suggestions
I know it's coming anytime now but props to you Samsung for a record release time on a new update. You shaved off a good three months and I can only imagine next year you will have shaved off another month or two. Keep up the good work! Can't wait for the final version. I also like how as of January 1st bixby is only available on Android Pie and newer. It's gonna make people wanna upgrade because if we allow everything on all phones no matter what version thats what causes android fragmentation. That's why people are still out there on gingerbread and not upgrading. You should consider to stop updating certain apps of yours so people will wanna upgrade not only the android version but the phone itself. There are a ton of people out there that are like "nah I won't upgrade now I'm cool with my S6, it works just fine". I'm not saying be like Apple because they can be pretty savage like shutting off the internet to phones completely but similar things need to happen. It's bad that people are using Android 7 versions ago. Thank you Samsung for taking the right step towards stopping android fragmentation.
Couple things we still need...
Either revamp the messages app completely or replace it with Google messages. WE NEED unified RCS for Android. That's is one of the main things EVERYONE is talking about in this app. It's gotta be done Samsung. Right now it's a pretty big turnoff.
Also make duo integrated into everything. Force the carriers to put it into the phone app and if you don't replace messages make sure you can duo from Samsung Messages. This is one app that needs to go further than just being pre-installed. What if your calling someone and something crazy happens and you have to show them on video. I shouldn't have to be like "OMG YOU GOTTA SEE THIS let me hang up find the duo app and duo you" and by the time that happens you missed it. I should be able to to just pull the phone away from my ear and hit the video button. Same should go with people who have duo on the iPhone
Lastly please work on the transitioning between camera modes. It's pretty choppy right now and would great if it could be a smooth switch. The animation's get better and better but the camera just seems to stay the same.
Oh and being that Samsung is one of the largest android phone makers and has the most android user base. Force Snapchat to use your cameras for better pictures through their app. I know you have already done what you need to do and it's on them but give them pressure or an ultimatum to fix it already. It's sad we have to deal with it and taking crappy pictures on an app that's used by millions of people every day.

Suggestions
You make some good points. 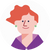 Suggestions
all of this, and I would like to add focusing on POLISH. Don't just keep trying to push new features without spending the time to polish them. The Android 10 beta has included some good polish with the animations. But we want more. Spend more time fixing the battery drain. the experience should be smooth as possible. Especially with built in apps like the camera app.