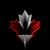 Tablets
Hi fellow samsung users! My topic is on WWll or the war Adolf Hitle played in , as some people like to say.The topic is dark and sad but we need to talk about our history. WWll was one of ,if not, the biggest war humanity has ever faced. It killed millions , it was annihilation to say the least. The war was like the medieval crusades but modernly worse, way worse. I find the war of a sign to show that humanity was weak back then, and it could be weaker today! We lost so many soldiers and wonderful people , it was a true tragedy. A lot of people still talk about today , it's not that old of a topic,yet. This post is not a educational post, it's not a happy post either, it's a post to show that we'll never forget those soldiers that fought for us. lest we forget
2 Likes
Share
Comment
7 Comments

Tablets
@shaggyskunk1 is right the two world wars were the biggest and most significant, I've lost a few friends in Afghanistan and then a few from suicide years afterward from issues from combat. so let's remember everyone.
3 Likes
Share
Reply

Tablets
They did not fight for us. They fought for the greed of very few. That's what war is.
That doesn't mean they did not believe in it. What they did is beyond brave and they did it for the right beliefs.
It's not the way we want to hear. It makes no difference if war is ever right.
If you've not been offended by my words, then please understand that we remember what those did for us so that all of us would never have to. It makes no difference what the outcome was. Every soldier of every nation did it for all.
No war, no enemy.
I remember all for giving their life to us so we would never have to. To pay respect that is deserved is to never do it again. In every part of the world.
They gave so much for us to give so little.
1 Like
Share
Reply

Tablets
I'm pretty confident that when Hitler was killing 6 mil Jews then they were fighting to stop them for us. honestly I don't care what you believe but this thread isn't the time or place for it. like I said above I've lost prob close to a dozen people, I've done ramp ceremonies for a co worker and a friend.
3 Likes
Share
Reply