Galaxy Buds Live leaks in three colors ahead of launch 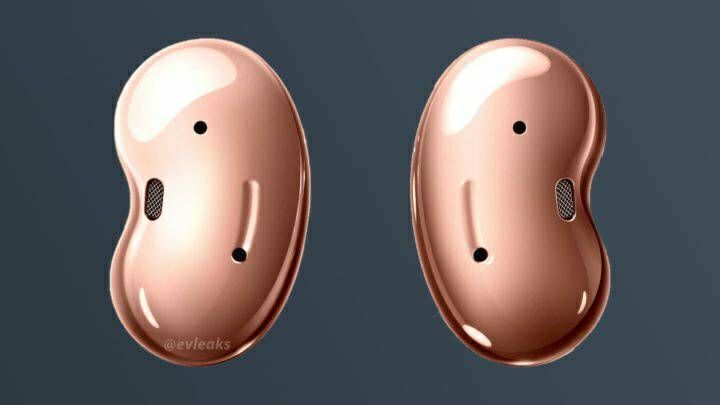 The first reports about bean-shaped wireless earbuds from Samsung started coming in three months ago. Last month, we had exclusively reported that Samsung will launch its new earbuds in July alongside the Galaxy Watch 3. Today, the first set of Galaxy Buds Live images was leaked.

The earbuds seem to come in the Mystic Bronze color, which was also seen in the leaked images of the Galaxy Note 20 Ultra and the Galaxy Z Flip 5G. The Galaxy Buds Live will also be offered in Black and White. The earbuds appear to have a glossy metallic finish, while the case appears to have a matte finish. 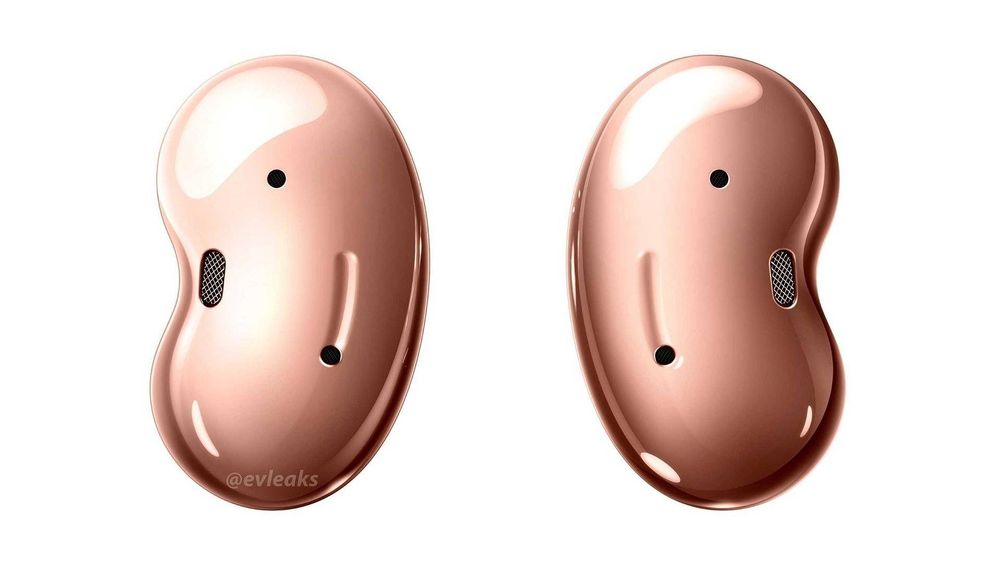 The rounded square-shaped case has two charging status LEDs, one on the outside and other on the inside, just like the Galaxy Buds+. The case most likely has magnets in them to help the earbuds in getting aligned with the cavities where they sit while getting charged.

The shape of the earbuds is similar to a kidney bean and they have pogo pin connectors for charging. They also have two microphones (for voice commands and noise cancellation during calls) and a speaker on the outside. The other side of the earbuds isn’t visible in the leaked images. The Galaxy Buds Live seems to lack silicon ear tips, so they will sit in the ears differently.

It is being expected that the Galaxy Buds Live will be announced on July 22. Their rumored price is $150 or lower, making them go head to head with Apple’s regular AirPods. They could also feature active noise cancellation and built-in music playing capabilities.