Is firmware GVK4 safe for Watch 4? 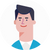 Wearables
Receiving the GVK4 update for my Watch 4 Classic. Is this one safe to install?

Wearables
This is what I installed with no problems

If it doesn't have "VI3" then it should be fine.

Samsung says that they pulled the OTA that caused the issue. So it should no longer be available to Download & Install. 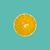 Wearables
Don't trust them. My watch got bricked 3 days after they said they fixed it the first time.
0 Likes
Share
Reply

@Zaptor - I would skip the update for now.

Still have users can't start the watch after this new update. Seems like 50/50 chance.

Surprised that they would release any update without thoroughly testing it, especially if the initial update broke people's watches.. pretty unusual to see from Samsung actually.

I've never had any update on a phone that broke it.

Reluctant to use the word "brick", as it's virtually impossible to actually completely break a Samsung phone, because of the protected partition, which will always allow you to Reboot into Download Mode.

I don't know if Samsung's watches have the same protected partition, but if they do, then an owner SHOULD be able to Flash a working version on their watch?

Wearables
Unfortunately I did go ahead with the update and keeping my fingers crossed. I just saw this Reddit thread where many are having issues with the new GVK4 update as well. Hopefully I don't have the issue, but yes, I now recommend people skip this one too.
https://www.reddit.com/r/GalaxyWatch/comments/yrgxdv/new_us_update_for_galaxy_watch_4_just_bricked_m...
5 Likes
Share
Reply

Wearables
I sadly didn't see the notice for GV13 in time and got screwed. Called Samsung and still waiting for the shipping label, but I'm hopeful yet confused on how that debacle happened
0 Likes
Share
Reply

Wearables
Oh no that **bleep**. Hopefully they fix it soon for you. It's very rare a firmware bricks a device these days, but #$-% happens. I changed my watch to manual updates from now on.
0 Likes
Share
Reply