Samsung has kept its Tizen platform around for its smart home devices and smartwatches. That has enabled the company to be in complete control of the software experience on devices like the Galaxy Watch Active and the latest Galaxy Watch.

However, the app landscape leaves much to be desired. There just aren’t enough apps for its smartwatches. Perhaps that’s a major reason why Samsung has now reportedly decided to ditch Tizen and make Android smartwatches. 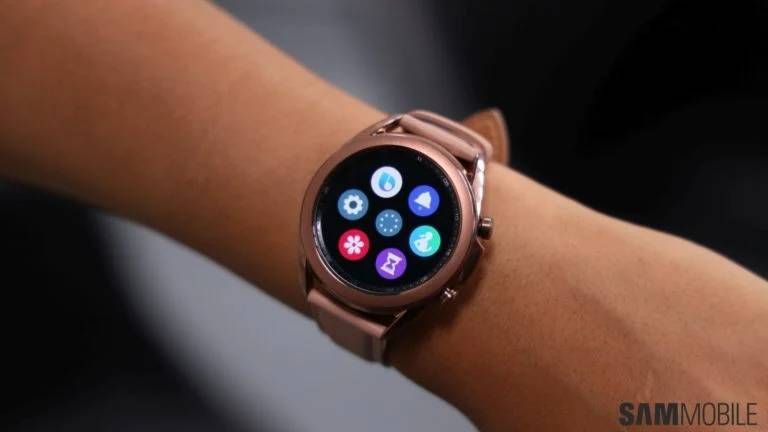 Samsung may return to Android for its next Galaxy Watch

We have been hearing whispers for a while now that Samsung is going to replace Tizen with Android (Wear OS) on its upcoming smartwatches. @UniverseIce has made a similar claim on Twitter as well.

Why Samsung may have decided to make this change is something that the company knows best for now. One can assume that it may have something to do with apps. The third-party app support for Tizen isn’t even in the same league as Wear OS. A new Galaxy Watch with Wear OS would certainly be much more useful due to the developer support.

This isn’t the first time we’re hearing rumors about a possible shift from Tizen to Android for Samsung’s smartwatches. Similar rumors surfaced in 2018 when it appeared that Samsung would be changing the branding for its smartwatches from “Gear” to “Galaxy.”

This expectation was largely driven by what had happened in the past. Samsung did make Android-powered smartwatches back in the day and they were part of the Galaxy brand. However, the company switched over to Tizen in 2014 with the Gear 2 and Gear 2 Neo. Both were launched six months after the Galaxy Gear and both ran on Tizen instead of Android.

The model numbers of Samsung’s next Galaxy Watch surfaced online earlier today. There’s no real confirmation at this point in time of Tizen being replaced with Android. However, enough people deemed to be in the know are talking about it for us to wonder whether this may be the case.

A Wear OS-powered Galaxy Watch would be quite different from what we’re used to now. The UI would be different and so will the features. Google doesn’t really allow OEMs to make major changes to Wear OS so it’s quite possible that some signature Samsung features like Bixby may be dropped, even though Bixby is something that not many people would miss.

There are a lot of variables at this point in time. Would it provide Wear OS firmware upgrades for recent devices like the Galaxy Watch 3? Would it launch separate smartwatches with Tizen and Android? We’ll keep our ear to the ground and let you know when we find out more about Samsung’s new smartwatch.

Wearables
No they cant, because the exynos on watch use different arch so its only for tizen for now. It might change if WearOS supports more arch
1 Like
Share
Reply