Galaxy A52 & A72 is what happens when Samsung being Samsung

Just recently, Samsung launched two A series of phones with their very own Galaxy Unpacked event. Although it was still online, the event showed the importance Samsung placed on the A52 and the A72 mid-rangers. The A52 particularly has very big shoes to fill because last year, the A51 was the second most best-selling phone globally.

The two new phones are almost twin-like and share most of their features but differ in battery size. It’s the A52 that’s considered the better value of the two and the one that’s expected to take over the mantle from the A51 and that’s the device we’ll focus on. 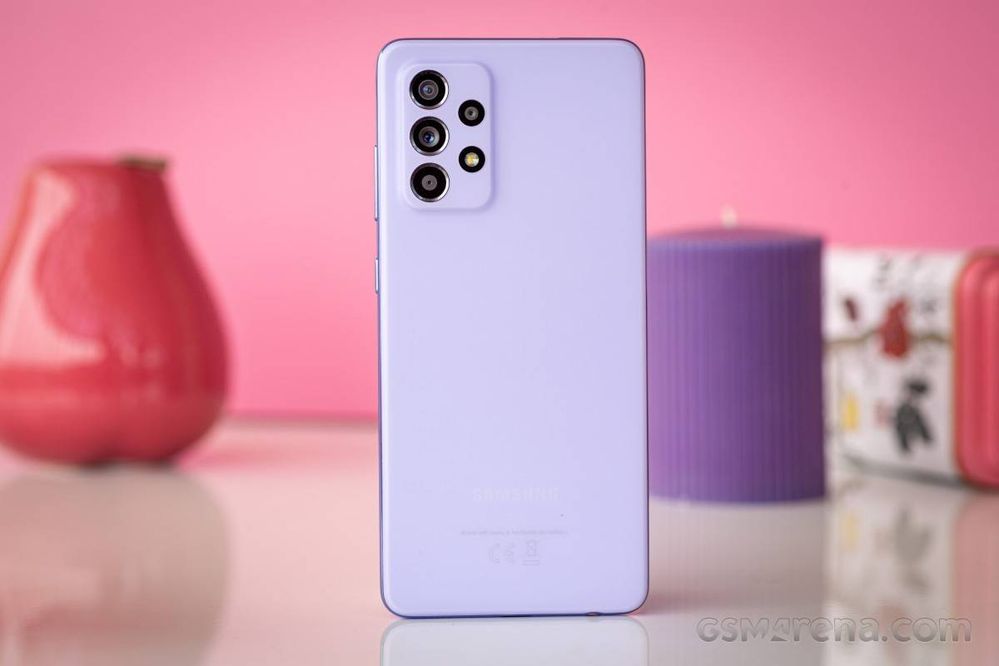 It’s a bit of a surprise to find that, after many months of exploitation of ‘glasstic’, Samsung should go black to a whole plastic look for these phones. Glasstic often looks indistinguishable from glass, and it’s glass that users have come to associate with premium, so the choice of the current materials and look is all the more baffling. The A52 and A72 review units arrived in what Samsung calls ‘Awesome Blue’ and ‘Awesome Violet’, and it must be said that polycarbonate brings out colours in so different a way that they look refreshing if a bit pastel and bubble-gum-like. The phones look for all the world like they could be toy phones, especially when your fingers brush the matte back and you can hear the sound of unmistakable synthetics. It does, however, mean that the devices will be lighter than they would in glass and be less prone to shattering on being dropped.

The plastic extends to the camera housing, making the phones look all one colour, which is interesting. The side framing has a metallic finish close on the shade card to the colour of the phone. Apart from the violet and blue, there’s also a black and a white for the more sober amongst us. All ‘Awesome’ of course.

The A52 and A72 have a flat slab design, much favoured by users. They’re both a little broad and so definitely more comfortable in larger hands. Very sweaty fingers will show marks on the back, but amazingly, the phones are IP67 water-resistant, so you could easily give them an excellent wet wipe. There’s no case provided in the box, in keeping with the stingy tradition of giving as little as possible in the package now. In fact, for the A52, which supports 25W charging, you only get a 15W charger — why it’s tough to say.

Going around to the sides of the phones, everything along the edges as much as you’d expect from a Samsung phone. Amazingly, the 3.5mm headphone jack makes an appearance, and the SIM tray is a dual SIM hybrid which means you can sacrifice one SIM for a memory card.

The front displays Samsung’s Super AMOLED FULLHD+ screens in all their glory. Only the tiniest front camera dot interrupts the bright and vivid expanse of the screen. Once you’re absorbed in these screens, little else about the phone matters. Watching movies and video, showing off photos, and browsing is all great-looking on these phones. Both use a 90Hz refresh rate to make everything seem faster and smoother.

Both phones use Snapdragon 720G. This is a mid-range processor and not precisely blazing fast, but fine for the everyday stuff you do with the phone, including basic gaming. It’s not the choice for high-end gaming, but then gamers who are necessarily also very tech-savvy will be well aware of which phones are aimed at them. There are several variants: The Galaxy A72 is priced at ₹34,999 for 8GB+128GB and ₹37,999 for 8GB+256GB and the Galaxy A52 is priced at ₹26,499 for 6GB+128GB variant and ₹27,999 for 8GB+128GB. Performance is decent and fitting for everyday use. The phones run Android 11 and the complete OneUI 3.1 with promised updates — but one will believe them when we see them. With deep regret, I must report that the devices have plenty of unwanted apps, from DailyHunt to Phone Pe, Snapchat to Samsung’s collection of apps. Some are uninstallable. 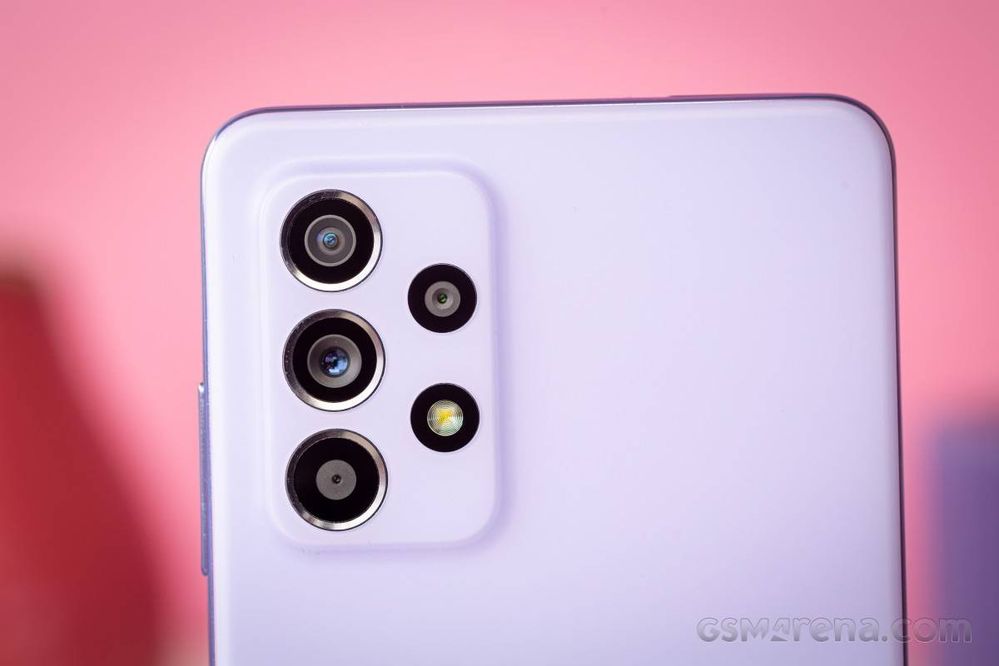 The batteries for these phones are 4,500mAh and 5,000mAh. The rating difference perhaps doesn’t warrant the cost difference, which is why it’s thought that it’s the A52 that gives the greater value.

The A52 and A72 both come with a 64MP quad rear camera set-up with 12MP ultra-wide lens, 5MP macro lens, and 5MP depth lens along for the ride. The primary lens is good in daylight, but the ultra-wide still shows distortion on the edges, and the macro lens needs perfect light to work well — as is the case with most. There’s also Optical Image Stabilisation to reduce blur from hand shake. The A72 includes a telephoto lens with 3X Optical Zoom. The front camera is a 32MP for both. The camera app is feature-rich with options like 4K Video Snap, Single Take, Scene Optimizer and more to add fun to images.

Samsung has immense brand loyalty in India. Their phones have been so long in the country that sheer familiarity is an overwhelmingly important aspect. All the same, the company has been bringing out phones quite as if competition didn’t exist and wasn’t changing market dynamics practically every other month. The bevy of smartphones launched just this March offers features that Samsung brings in its top tier offerings. The package doesn’t add up to being the same thing, the features are not implemented quite in the same way, and a Samsung is still a Samsung, but resting on one’s laurels is a dangerous business as everything changes.

Cons: No 25W charger, plastic back for a higher cost, bloatware present, somewhat underpowered, no 5G