Galaxy S
As per previous rumors, Samsung is reportedly working on a Galaxy S10 Lite followÐ¿Ð¸-up, which should be coming sometime in October this year. However, a recent Geekbench listing suggests that the handset is closer to launch than expected. 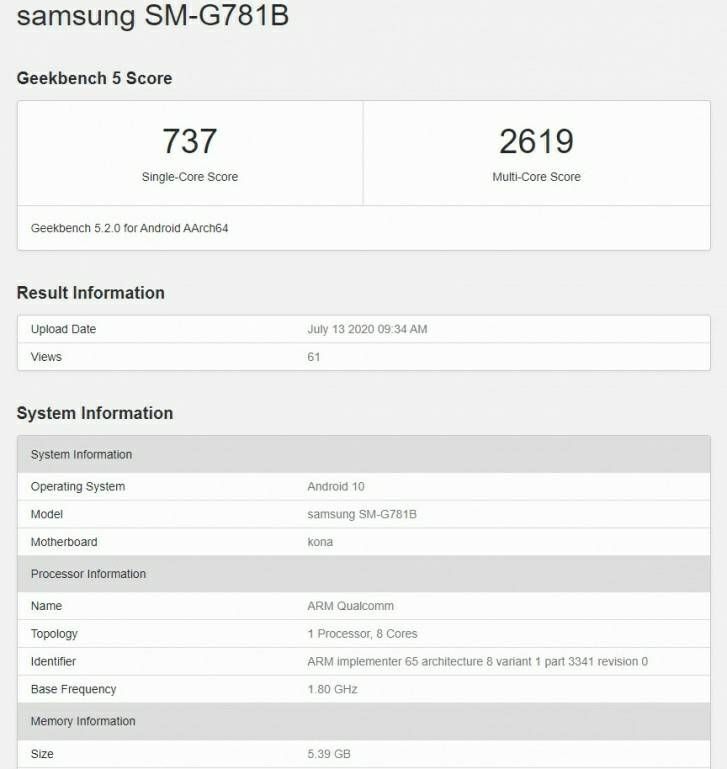 The Galaxy S20 Lite was initially rumored to sport Qualcomm's Snapdragon 865 chipset with Samsung's One UI 2.5 on top and the Geekbench listing confirms the former. The octa-core "Kona" SoC clocked at 1.8 GHz is likely the Snapdragon 865 chip paired with 6GB of RAM.