WhatsApp will stop working on Windows 10 web browser this year, are YOU affected 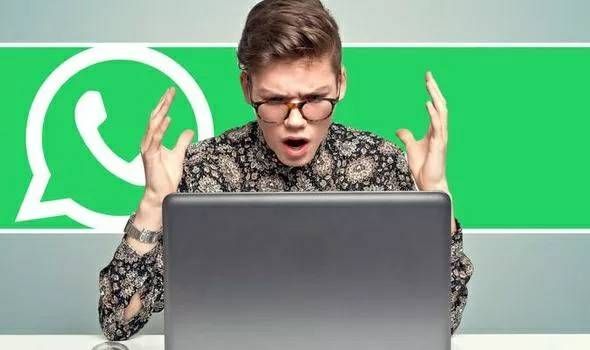 WHATSAPP has confirmed plans to stop supporting Microsoft Edge on Windows 10. But don't worry too much.

WhatsApp has ditched support for Microsoft Edge. But don’t worry, this isn’t the same Microsoft Edge that now ranks as the second most popular web browser on the planet and comes preinstalled with every version of Windows 10. No, no – this is the original Microsoft Edge.

WhatsApp confirms plans to start charging a fee to some users

Instagram and Messenger apps have improved a recent WhatsApp feature

Microsoft debuted its shiny new Edge web browser alongside Windows 10 back in summer 2015. It was designed to replace the ageing Internet Explorer and boasted a number of new technologies and features. However, it proved to be pretty slow and websites didn’t optimise their content for the new software, so it quickly became a punchline. Earlier this year, Microsoft relaunched the browser – with the same name, confusing I know – built on the same Chromium codebase used by Google Chrome.

Sharing the same underlying code as the browser used by almost two-thirds of all desktop users worldwide means thousands of browser extensions and virtually every website is optimised and compatible with the new version of Microsoft Edge. Coupled with some clever new tweaks and optimisations (that mean it’s much less of a battery life and processor drain on macOS than Chrome), Edge has surged into second place – gaining thousands and thousands of users in less than 12 months since its launch.

With the original, hugely unsuccessful Microsoft Edge now banished to the history books, the team at WhatsApp has decided to stop supporting the app. That makes sense, especially since the latest update to Windows 10 includes the new Chromium-based Edge as the default web browser for everyone.

Exciting WhatsApp feature revealed, but it's not as good as you think

WhatsApp will now present the following warning when trying to login

WhatsApp promises to change how you manage your chats

Of those, only Firefox doesn’t use the Chromium code developed by Google. With its depleting market share, it’s possible that WhatsApp will stop supporting that browser in the coming years too. After all, dropping support for the original Edge means the teams inside WhatsApp have one less platform on which they need to test all of the new features and updates.

Microsoft has announced plans to begin force-upgrading original Edge users to their new Chromium-based browser too, which will mean developers no longer need to support the browser. WhatsApp has taken the decision a little early… but it was always inevitable.