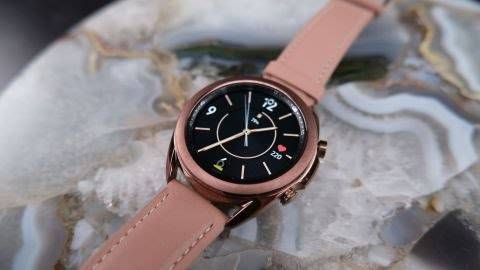 According to the FCC listing, the Galaxy Watch Active 4 will carry two different model numbers: SM-R875 and SM-R870. As shown in the images, the first model, SM-R875, will support the NFC and LTE. Additionally, it is confirmed that the new Watch will come with Wi-Fi (802.11a/b/g/n) and Bluetooth. So, this could mostly be the LTE variant of Galaxy Watch Active 4.
At the same time, the second model, SM-R870, could only come with support for Wi-Fi (802.11a/b/g/n) and Bluetooth. Therefore, it indirectly confirms that it could be the Wi-Fi model of the Galaxy Watch Active 4.
Apart from the two model numbers, a new Galaxy Watch has also cleared the FCC certification carrying the model number SM-R890. Unfortunately, apart from the Bluetooth and Wi-Fi connectivity options, there’s nothing more available. The Watch is listed along with the EB-BR890ABY battery, EP-OR825 wireless charger, and EP-TA200 travel adapter. As it is the first leak of the SM-R890 model number, it is unsure about the device.

There are also a few rumors saying Samsung will introduce the new Galaxy Watch Series at the MWC event, which is going to be held on June 28. However, we can expect more information to anticipate soon as the launch is getting closer.