Android phones are some of the most popular smartphones in the world.

If you're an Android user then you may want to keep reading as experts have warned about a malicious app that can spy on you and steal your personal data.

Researchers from ESET have called it "an espionage tool", the Irish Mirror reports.

The app is promoted on a malicious website, which claims it’s a secure chat platform available on the Google Play Store

“Not only is Welcome Chat an espionage tool; on top of that, its operators left the data harvested from their victims freely available on the internet. And the app was never available on the official Android app store.”

If you download the app, you’ll be prompted to allow permissions such as send and view text messages, access files, record audio and access contacts and device location.

Mr Stefanko explained: “Such an extensive list of intrusive permissions might normally make the victims suspicious – but with a messaging app, it’s natural they are needed for the app to deliver the promised functionality.”

If you grant these permissions, the app is able to perform a number of malicious actions, including reading your private text messages, accessing your contact lists, and viewing your photos.

Based on the findings, the researchers are urging users not to download any apps from outside the Google Play Store.

Mr Stefanko added: “We strongly recommend that users don’t install any apps from outside the official Google Play store – unless it’s a trusted source such as a website of an established security vendor or some reputable financial institution.

“On top of that, users should pay attention to what permissions their apps require and be suspicious of any apps that require permissions beyond their functionality – and, as a very basic security measure, run a reputable security app on their mobile devices.”
3 Likes
Share
Comment

tAbabski
Active Level 1
how do i know which ones are malicious apps? 🤔
2 Likes
Share
Reply
Reply
Loading...
Highlighted 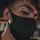 єєяιє
Active Level 6
I think most of Chinese apps are malicious. That's why India banned all Chinese apps in their country. That's what I have read on the article a few days ago.
4 Likes
Share
Reply
Reply
Loading...
Related Content