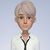 Galaxy A
If you find your Android battery is regularly emptied before you manage to Uber that evening ride home, don’t fret – it’s possible you can squeeze more life out of it by optimizing some phone settings. While some battery drain may be due to badly designed or adware-ridden apps that are constantly calling home, everyday phone activities are often the culprits – apps that frequently get online for updates, apps waking the phone screen, the high-definition phone screen itself which takes a lot of power to light up those pretty pixels…

How to improve your Android phone battery life

(Note: This information covers Android 5 phones and newer, so names of folders may slightly vary – for example, “Battery” settings may be “Power” settings on some phones.)

1. Check which apps are draining your battery

In most versions of Android, hit Settings > Device > Battery or Settings > Power > Battery Use to see a list of all apps and how much battery power they're using. (In Android 9, it’s Settings > Battery > More > Battery Usage.) If an app you don't use often seems to take up a disproportionate amount of power, consider uninstalling it.

In Android 9, you can see how power-hungry apps as using battery by tapping it. For some apps, you'll be able to turn on "Background restriction." For all apps, keep "Battery optimization" on.

Delete apps you don't use from a single menu by heading to Settings > Apps > All. Tap on each app and hit Uninstall to remove it as well as any data it has created.

Or, buy premium version of your favorite apps. Apps with ads can eat up extra battery thanks to running ads (or if their ads are badly designed thereby hogging the juice), so if you find a favorite is using a lot of power, going for its premium ad-free version could help.

Despite the popularity of task-killer apps for Android, manually closing running apps doesn't help battery life, a myth recently debunked by both Apple and Google. In fact, closing an app can even very slightly damage battery life according to Android's SVP of Android, Chrome and Chrome OS, if the phone system requires it to run again (or when you open it again).

Many Android apps, including social networks, weather apps and news apps, come with widgets that sit handily on the home screen for real-time updates. However, widgets are battery drainers due to their constant syncing with the mothership or power-sucking animations. If you don't need a permanent window into Twitter, or regular updates on the weather, remove the superfluous widget by pressing and holding it, then dragging it to the trash can icon.

Smartphones use more power when trying to connect in low-signal areas. If you can't get a signal, turn on Airplane Mode by swiping down and tapping the Settings wheel. If your low-signal area is, say, an office or someone's home, you can turn on Wi-Fi (with Airplane Mode enabled) instead to stay connected. Then restart your cellular connection when you're in an area with better coverage.

On the flip side, disabling Wi-Fi may not always save battery life. Your phone uses less energy to connect to wireless than cellular networks, while Wi-Fi also helps phones determine location – handy for paring back the need for power-hungry GPS.

Getting real-time updates of what's going on in your apps is handy for things like email or social networks, but many apps automatically demand permission to send notifications as well for reasons that are much less useful. Turn off notifications by heading to Settings > Apps, then visiting less necessary apps and unchecking “Show notifications.”

Android 7.0 makes it very easy to fine-tune further: Head to Settings > Device > Notifications to manually adjust notification levels for each app – you can choose to never show notifications or its battery-friendly compromise: show silently without waking the screen, vibrating, or pinging.

On Android 8, there are even more granular options. Head to Settings > Apps & Notifications, then click on particular apps. You’ll be able to control what type of events the apps can send push notifications for (for example, on WhatsApp, the failure of a message to send), as well as how they can send these alerts (silently, vibrating, or with sound).

9. Turn off GPS when not in use

GPS is one of the heaviest drains on the battery – as you've probably noticed after using Google Maps to navigate your last road trip. When you're not actively using navigation, swipe down to access Quick Settings, and toggle it off. You'll be prompted to re-enable it when you use Maps.

Some apps track your location and therefore use more battery power than strictly necessary by accessing your GPS. At Settings > Location you can see which apps recently requested your location, as well as how much (low/high) battery it took.  In theory, Android 8 and higher should be paring back how much these apps are using the phone’s location services – but for apps that seem to be demanding more than necessary, head into the apps and manually adjust the permissions individually.

For Android 5.0 and newer, this feature helps maximize battery life as well as stretch out those last several minutes. For example, animations are pared back, most background syncing is halted and location services turned off (so no navigation on Google Maps). You enable it manually in Settings > Power, where you can also fine-tune specifics such as whether or not to conserve CPU power, screen brightness or vibration feedback and choose whether or not to turn off data connection when the phone is asleep.

On Android 7 and higher, you can additionally set Battery Saver Mode to kick in automatically at 5% or 15% battery left. Starting with Android

Some phones, such as Samsung Galaxy phones, also have an “extreme power-saving mode” in which data connections turn off when the screen is off, notifications, GPS, Auto Sync and Bluetooth are off, and only essential apps such as text messaging, email and the clock are allowed to run.

If you're using Android 5.0 or newer, head to Settings > Display and enable “automatic brightness” (or “adaptive brightness” in Android 7 and higher), which allows the phone to adapt the display based on the lighting where you are, ensuring the screen is never brighter than necessary.

But if your battery is in dire straits, manually dimming the screen is a good temporary fix until you can get to a charger. Pull down the notifications menu and drag the brightness slider to the very dimmest display level you're comfortable with.

Some Android apps have a dark mode, where the screen uses a black background instead of light colored one. Using the dark mode can help save battery life, especially for for phones that use OLED displays, like the Samsung Galaxy S10 and the LG G8, since black pixels are essentially pixels that have been turned off.

The latest version, Android Q introduces Dark Theme. This is a system-wide dark mode that helps save battery life.

14. Tone down those live wallpapers

You can kit out your home screen and lock screen with some nifty animated wallpapers that change in ombre or style as the day wears on – but this doesn’t come for free. Save on battery by heading to Settings > Display > Wallpaper to select a static counterpart instead.

You can save a little bit of battery power many times over by decreasing the length of time your phone remains idle before its display automatically goes dark. Head to Settings > Display to adjust Screen timeout to, say, 10 seconds rather than an interval like 30 minutes (which you may have chosen if you were doing something like using the phone for a recipe).

If your phone is ringing, you don't need it to vibrate as well. Head to Settings > Sound and uncheck “Vibrate for calls”. To really get into battery miser mode, turn off haptic feedback, the handy little vibe when you press virtual keys, also uncheck "Touch vibration" (find this on some phones by going to Settings > Language and keyboard and unchecking “Vibration feedback”).

Who doesn't love the weather widget that tells the time and the temperature in one handy, live-updating home screen box? If you've loaded yours up with cities where you've been vacationing, that widget could be contributing to heavy battery drain. Remove superfluous cities from your weather app by heading to Settings.

Like Goldilocks’ pilfered porridge, phone batteries should be neither too hot nor too cold. An ideal temperature range for smartphone batteries is around 68°F to 86°F. If a phone is customarily left in temperatures outside this range, especially on the hotter side, it can eventually damage the battery, notes Galindo.

According to the Battery University blog by Cadex Electronics, phone batteries degrade much faster when they’re hot, whether you're using the phone or it's idle. Avoid leaving your phone on the dashboard of your car on a sunny day.

20. Get a certified or original charger – especially for fast-charging

Newer Android phones can take advantage of ‘fast charging’ tech which tops up batteries at around twice the speed – but if you’re not using a cable and charge head from the original manufacturer or a certified third-party, it could be contributing to battery drain, and in some cases, degrading the function of your phone.

“One thing that’s often overlooked is the use of low-quality chargers from third-party manufacturers,” says Galindo. “Especially with wireless and fast charging technology, it’s more complicated to ensure that cables work with batteries as they were designed.”

21. Let your phone battery die once a month

If you never let your phone go to zero, fret not – it’s not doing your phone any harm. Previous warnings about the need to fully discharge batteries are more relevant to older types of batteries, not the lithium-ion batteries used by smartphones. However, allowing the phone to discharge fully to zero, then allowing it a full, uninterrupted charge may help with the calibration of the OS with the battery itself.

“The recommendation is once a month, as this can help the OS ‘remember’ what 100% or 10% of power left means,” says Galindo. “However, if you don’t do it, you won’t damage the battery.”

A sign that your battery could do with some discharge/recharge time is if the battery says it’s extremely low – say, 2% - but ends up lasting for ages, which may indicate the phone software is out of sync with the battery operation.

That’s the official advice from Google support, as it can flush out any battery-hogging processes running in the background.

If these tips don’t sort out your battery drain, you can try returning your phone to factory settings. This can help if the issue is that the OS or some downloaded data is corrupted, says Galindo. Back up your phone– or at least make sure your photos are backing up– then head to Settings > System > Reset options.

Whether updates are intended for downloaded apps or the Android OS itself, they generally include bug fixes and tweaks that improve performance, including how efficiently battery is used.

Galaxy A
About number 5, I can't get better signal as if: 1 bar=high strength 5 bar=low strength in our area. Plus what If I don't have wifi
0 Likes
Share
Reply