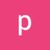 Galaxy S
Am still very disappointed with samsung Malaysia. We are already going to the month of February 2023 but are still stuck with November 2022 patches despite Google sending their security patches monthly. Our phone security and safety could be compromised if samsung is sleeping on their job!
1 Like
Share
Reply

Hard to blame it on Samsung.

FYI, before any release by manufacturer (Android):

2. Once the changes complete, phone manufacturer might also need to deal with the country Telco so that the phone features are all align with both parties.

3. Every phone we look at it might be the same, but in real they are not. Example S22, S22+ and S22 Ultra. If you look at the model code, you can see the different. Their code start from something like SM-.... Please take note that every phone Samsung released, is base by region too. Meaning is, S22 in Malaysia might not be the same as the one from EU (if not mistaken, their S22 is a Exynos chipset instead of Snapdragon).

Based from the point mentioned above, you can roughly see how much time needed from a phone manufacturer. Is not a simple task.

The only thing you can blame on is why Samsung release so many devices in a year. Lol.

Remember, Samsung is not like Epal. Epal own the chipset and system this is why they can one time release it. Samsung the other hand is using Google, Qualcomm, etc.

The bright side is, Samsung is now manage to release One UI 5 (Android 13) quite fast compared to the previous version (which took like 1-2 months delay). There is a news stated that Samsung will do more frequent on big update OTA in the future.

No matter what, any delay by Samsung, end of the day you will still get your update. Just need to be patient. So, chillax, yah.

This is the Google Play System Update, not the monthly security updates.

Today just got the January Update. My A32 5G received Android 13 on December 28 with the November Security Update (which it is still on), but finally on the January Google Play System Update