Your phone will lose 67% of its value because of S21

Your Samsung phone ranks second, behind Apple, for retaining its value, but it still experiences a significant loss in its value after the first year of release according to a new report.

As soon as you take your new phone out of its box, it begins to lose its value. But how well could your old handset retain its worth?

Tech buyback site and refurbished seller, Decluttr, reveals in its Annual Phone Depreciation Report that within just three months of a new Samsung phone release the value of older mobile devices drops up to 12%.

Every month that follows, the value of current Samsung models rapidly decreases. Samsung devices typically lose 67% of their value in the first year after release, and 80% by the end of the second year.

The Samsung S10 5G, one of the most expensive mobile phones released by the brand, has had one of the worst depreciations ever for Samsung, losing 72% of its worth in just 12 months after release.

After the launch of the Samsung Galaxy S20, the value of a previous model, the Galaxy S10 Plus, dropped by 12% after just three months of the new model's release date, losing $39.63 of its value. 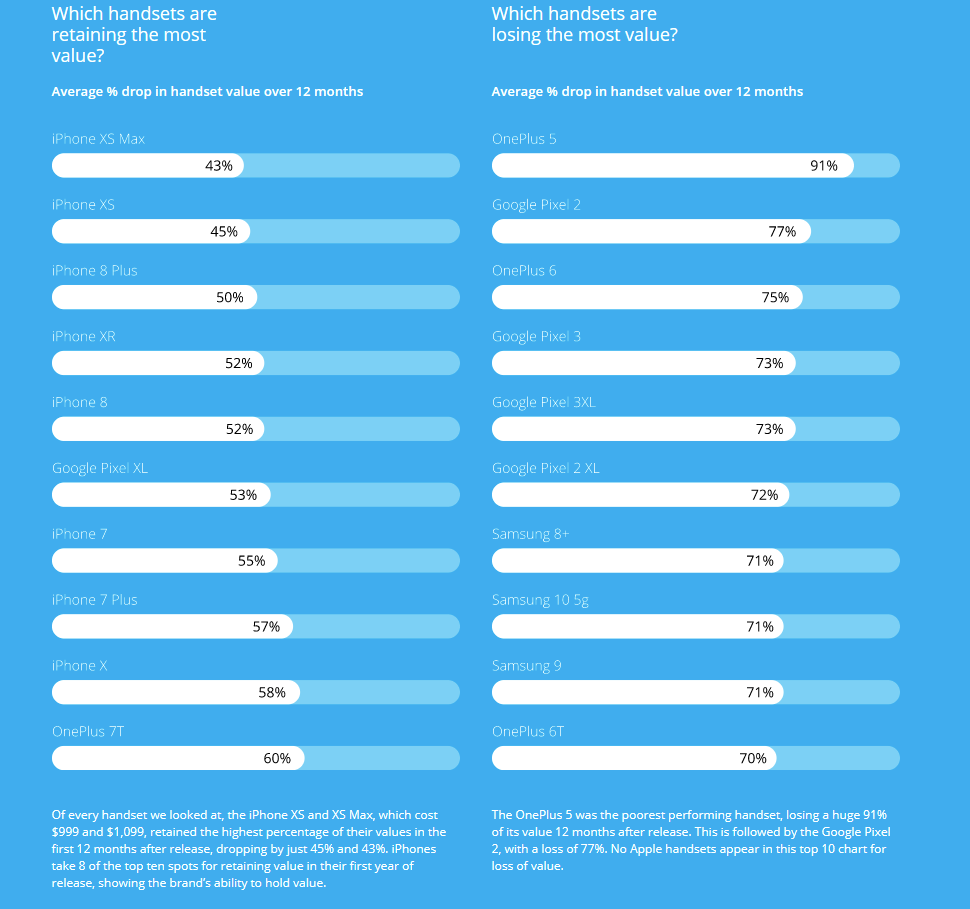 If you want a phone that holds its value, choose an Apple device. Apple handsets lose the lowest percentage of value in the first 12 months, at 51%, and go on to lose a total of just 67% on average by the end of the average 24-month contract period.

On the other hand, OnePlus handsets lose an average of 72% of their value in the first 12 months, but by the end of the average 24-month contract period, the value lost matches that of Google handsets, at 83%.