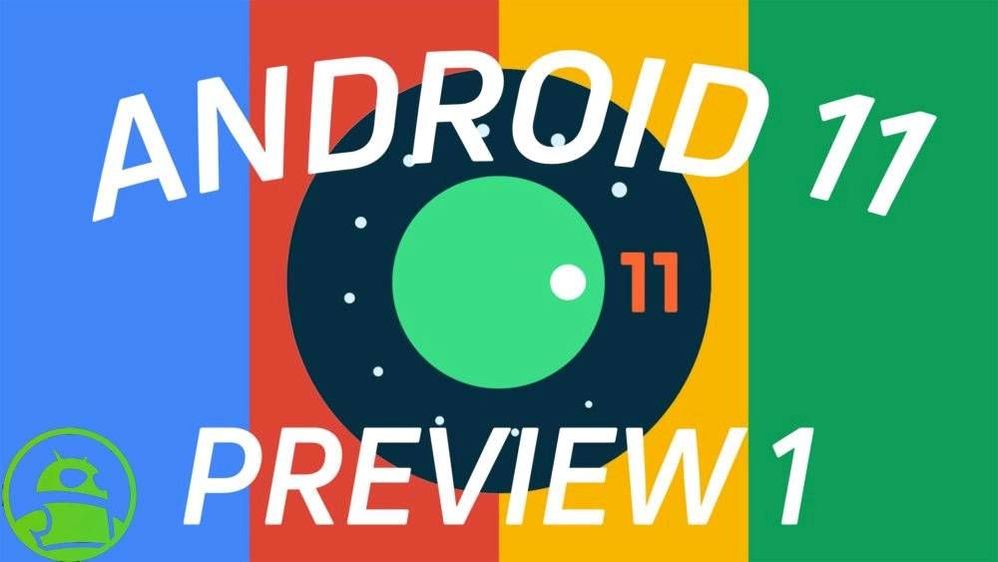 Google surprised all of us with an Android 11developer preview in February. It’s quite early for a developer preview and it may mean a sooner launch for Android 11 proper. The OS goes by Android R in its settings and, if you’ll recall, Google still uses the old letter and dessert method internally. In any case, we got our hands on it and we took a hands on. Read more about Android 11 below or watch the video above!

The UI section of this article is going to be rather short. There doesn’t seem to be a lot of new stuff and any subtle changes aren’t obvious at first glance. However, this is the first developer preview and we actually had quite a few big visual changes last year. Google doesn’t usually do a bunch of UI changes two years in a row.

However, I did notice that you can still switch between gesture controls and the three button soft key option. The gestures feel a little smoother this time around but that might also just be me seeing something I wanted to see.

If there are any major UI changes to Android 11, we’ll most likely see them in future betas. To be honest, it makes sense that we don’t see hardly any in this preview because it’s solely for developers and not for consumers so it doesn’t really matter what it looks like yet. We’ll keep you up to date if we find anything.

The first Android 11 preview isn’t too heavy on the features, but there are still some fun things worth talking about.

The first and most obviously noticeable feature is a screen recorder function in the quick settings. I had to add it to the quick settings shade, but it works as intended. You simply tick the quick setting toggle and it’s off to the races. The video recording worked surprisingly well even though my Pixel 3a was doing like 5 things in the background.

There is a bug with the feature though. If you take a screenshot, the notification for screen recording disappears and you must go back to the quick settings icon to disable the recording.

While we’re on the topic of things your screen records, there is a hidden flag in Android 11 that shows a screenshot UI that includes an extend feature which will likely become the ability to take scrolling screenshots. The feature doesn’t work yet, but there is now evidence of its existence.

Android 11 also improves the dark theme settings. The feature can now enable and disable itself at sunrise and sunset. This was a long time feature on other devices, particularly Samsung devices, but it’s nice to see it trickle down to stock Android.

One of my favorite new features is the ability to pin apps to the share menu. You simply long press the app icon and select the Pin option to place it perpetually at the top of the share menu. This doesn’t work in every app, but it does work in Chrome where we tested it.

Finally, it seems like Bubbles finally works. You have to enable it in the developer options and then long press a notification to turn it on, but you can actually see what it looks like without any ADB tomfoolery. It’s buggy right now, but we expect it to improve over the course of the year. Plus, notifications for messages are now bundled under a conversations tab. It didn’t work too well for me, but again, we expect it to get better over the course of the year.

That’s about it for features right now, but we’ll update you if we find anymore in the coming days and weeks.

As per the norm, a good deal of the changes in Android 11 take place under the hood. The first and most noticeable thing I found was native support for some modern technologies. The documentation makes specific reference to things like 5G, foldable phones, and low latency video support for things like game streaming. That is hardly a surprise, though, and we fully expected it.

However, we were glad to see a new cutout API that helps prevent screen elements from being hidden or messed up by curved displays, waterfall notches, pinhole cameras, and other such things.

Another change is potentially the ability to use Bluetooth audio while in airplane mode. Previously, airplane mode was a blanket effect and that turned everything off. It still does that, but if you are connected to bluetooth headphones connected to A2DP, Android is now smart enough to disable just WiFi and mobile connections without messing with Bluetooth.

Android 11 decided to fix an obnoxious issue of hearing notification tones and vibrations while shooting photos and recording video. This is enabled by default actually and you have to disable do not disturb mode for the camera in order to actually see that this feature is there. In any case, an API is also available so this feature can work in third party camera apps.

You can already store credit cards, rewards cards, and even car insurance cards on your phone and now Android 11 now includes support for driver’s licenses. This one is a bit tricky because it has to adhere to ISO standards for identification and we’re not 100% certain how it’s gonna work and whether or not you can just use this as a valid form of ID, but it’s there.

We're excited to learn how to digitized driver's licenses work.

Of course, there is a laundry list of improvements to existing APIs along with 12 new Project Mainline modules, and other such things. It’s far too long of a list of rattle off here so we recommend checking out the Android Developers website.

Security is getting at least a few decent updates this year, but it’s actually just building on stuff we had last year with Android 10. For instance, we discussed Scoped Storage at length last year. However, this year, it received a bit more attention and is now a requirement for apps targeting Android 11’s API level.

Stock Android permissions are in a really good space with Android 11.

Permissions also have another neat trick. Apps like to ask for the same permission over and over again even if you deny it. In previous versions of Android, you could tick a box to not show that permission again. In Android 11, after two denials, the system automatically assumes you never want to see it again and prevents the app from ever asking.

Additionally, Android 11 heavily restricts background location access for apps. The restrictions are long and tedious to explain, but suffice it to say that apps have to do a lot more than they used to in order to justify pinging your location in the background, including (but not limited to) getting approval to remain on the Google Play Store. This could also save on battery and we’re always fans of that.

There is also a new biometric API with varying levels of biometrics, including weak, strong, and device credentials. To be perfectly honest, we saw mentions of strong versus weak biometrics as far back as Android 8.1, but it seems like the API is expanding to be more spoof-proof and more private.

Of course, there are an array of smaller changes that would take ages to list here. For instance, granting overlay permissions takes an extra tap in Android 11 than it did in Android 10. These changes are minor and will take forever to list, so we’d like to direct your attention again to the Android Developers website for every little change made.