CHMultimedia
Expert Level 5
Have you ever seen an abbreviation and had no clue whatsoever about it's meaning? Do you remember feeling a bit silly because you didn't know what this technological word meant?

Now you don't have to suffer from that shame ever again! Introducing the S Members glossary. That's everything technical you need to know, in one convenient place. And in alphabetical order without extra money!

List is in expansion. Please let me know if there should be an addition.

ADB: Android Debug Bridge. Allows you to send commands to an Android device. Here's an XDA link to help you get this setup: https://www.xda-developers.com/install-adb-windows-macos-linux/


AMOLED: Active Matrix Organic Light Emitting Diodes. Technically every modern OLED is an AMOLED by definition. They are thinner and more flexible than regular LCD and LED screens. They can show true blacks by turning off dark pixels! This is done because in AMOLEDs, each individual pixel emits its own light, unlike other screens that use backlight. AMOLED is a term used by Samsung to describe their own panels. They also have wider color gamuts than regular panels. They also consume less power than other panels.


Bootloader: Boots your phone. Can be coded to prevent booting any unsigned OSes such as custom ROMs.


Cores: Any processing unit (xPU) has at least one core. Android devices use ARM cores. Currently used ARM cores include A76, A75, A73, A55, A53, A9, A7. Some SoCs employ custom cores, which are modified cores based on ARM cores, such as Qualcomm Kyro cores and Samsung Mongoose cores (M).


CPU: The processor. Its speed is measured in GHz. The performance of the CPU depends on thermals, the speeds and the core type.


eMMC: That's a type of flash storage. Made from transistors like UFS, but is cheaper and slower.


GPU: The graphics processor unit. The thing that's responsible to show you what you are now seeing, such as text, images, the UI and graphics from games.

MST: Magnetic Secure Transfer. An NFC-like beaming protocol that emulates the magnetic swipe of a card. Used by Samsung Pay for compatibility with every POS.

NFC: Near Field Communication. Used for Beaming features such as Samsung and Google Pay, device pairing, Android Beam and others.

nm: Nanometer. Used to state the lithography node of components that include transistors (like the SoC). Smaller node = less power consumption for the same usage! Or more powerful with the same consumption.

OS: Operating System. Without it your device can't do nothing.

RAM: Random Access Memory. What your device works with to open and use apps. More RAM = more space to work on.

Recovery Mode: Used to clear completely your cache and other fun stuff. Access by either holding down Bixby Vol Up Power OR Home Vol Up Power. The device must be off first.

TN: Twisted Nematic. A type of LCD. They have poor color reproduction, poor contrasts, poor viewing angles and poor brightness. Their only saving grace is higher screen frequency and their cheaper price.

Cprice
★
This is an example where Direct Message to a member would be useful, instead of members loading up this post with suggestions to add, we could just DM CHMultimedia for any additions.

CHMultimedia
Expert Level 5
You can also fire me an e-mail! chmultimedia@outlook.com
I promise I'll answer every email I'll receive in a timely manner.

CHMultimedia
Expert Level 5
@Habsfan Ok then I give you my beer. I have something better Anyway 😉 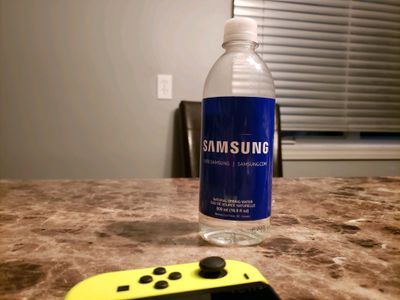