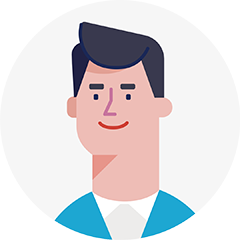 Galaxy Note
Dark theme, while interesting,  seems like just a ticked mark for Samsung. They haven't spent any time whatsoever in turning it into something actually cool for the consumer. An opportunity lost in my opinion:
Not sure what's in store for Android 12 ui 4.0, but certainly hoping some of these issues will be addressed.
My two cents.
0 Likes
Share
Comment
2 Comments

Samsung's "themes" have always su*cked, but 3rd party Themers have done an awesome job with Samsung & other OEMs.

Weather it was Substratum with Synergy or HEX Themes, these independent Devs have always done a great job, even when Samsung tried to block 3rd party Themes, they have found solutions.

With Android 12 it's looking like there's a new window opening as well. Whether Samsung will go along with the changes in One UI V4.0 isn't certain, but so far with the Betas, Independent Themes are still working.

The only problematic version of One UI is V3.1.1, but there's still a workaround for it, albeit a more complicated method than we'd like.

Fingers crossed that Samsung doesn't blow it up with the Stable version of One UI V4.0 🤞

Hi, we will take your feedback into consideration.