For some reason a star icon has appeared in the top right of the screen; in the top left is an arrow pointing left (it does nothing!); at the bottom of the screen, in the task bar area at the bottom, other icons (I recognise Share, Bin, and - I think - Graphic EQ) have appeared beneath the Contact, Messages, Phone and Camera soft buttons.  These icons seem to float slightly when I tilt the screen, almost as if they are superimposed.  When I tilt the phone horizontally, another set of navigation buttons appear from off the bottom of the screen.

I've no clue where they've come from and have tried all ways to get rid of them bar a hard reset. 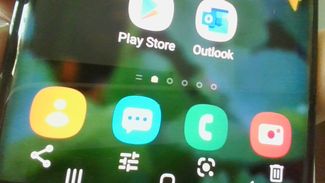 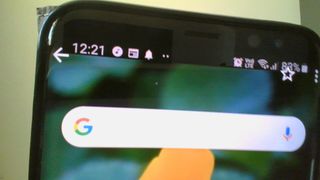 I'm wondering if it was the last software update, in June? Any ideas?

Software is up to date

Did you try to change your wallpaper screen ?

The last software update in June , was it a security update or Full Android Update because we recommend to make a wipe cache partition after all major Android update

Hi markyrog,
Please restart the phone and if it doesn't work then try wipe cache partition as suggested by Cassidy.